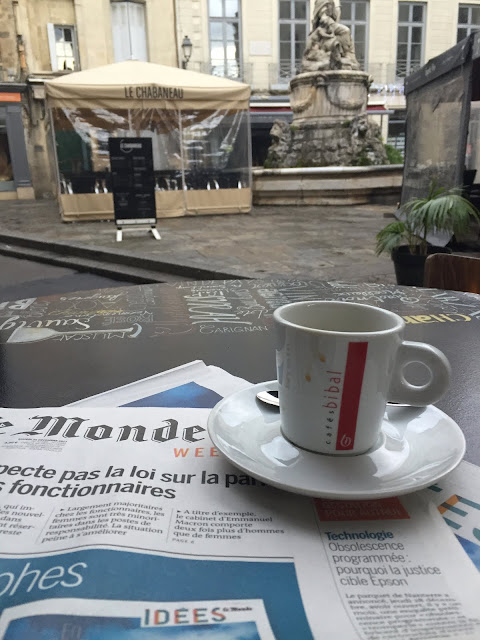 It's human nature. A good headline grabs our attention.

Why did Personality X have to leave her high-paying job on  (insert name of show)?


Oooh...Scandal? Intrigue? No, just foolishness on my part to have been conned into clicking on the article, as it was an ad, pure and simple, for a new product that Personality X was selling.


Is this what I've done to you today? No doubt my blog stats will give me a partial answer. Perhaps this is what we need to do to our secondary students to improve the startlingly low (and declining) numbers studying a second language in Australia? I'm willing to give it a go, but I suspect that they are way too savvy - and also, given that the anniversary of the death of Francoise Dolto has just passed and debate has once again sprung up about the 'enfant roi' in our recent parenting strategies, they may not be at all inclined to take what they may consider as an unnecessary, hard road ahead ..."I only need English. The whole world speaks English", I hear them say.

Hold on a minute. Give me a chance to convince you. Consider the new improved language-learning you* who can

Plus, my dear teenagers, these benefits are for life - they don't just evaporate as quickly as the proud glow of making it through your final school exams; they may actually provide you with resistance to the onset of Alzheimer's or dementia. OK, that as a clincher is probably not going to work. 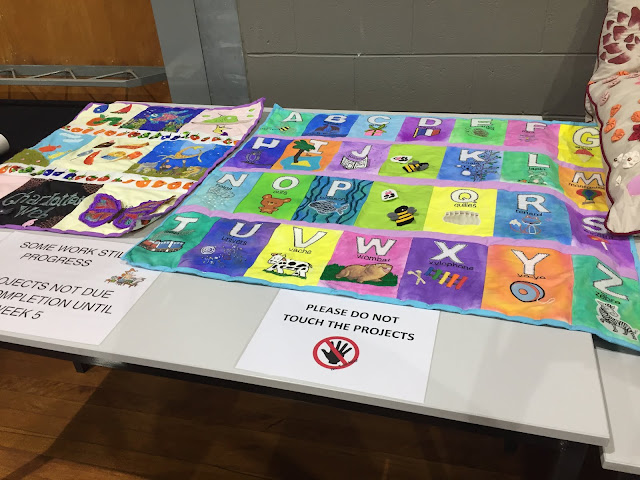 I had a blog post going round and round in my head last night. Eventually, in order to get some sleep, I had to get up and jot down some notes. It was vaguely centred around the differences between French and Australian education, and was probably prompted by my son's enthusiastic description of his last Friday's Maths class. (Haha says the teacher in me, the choice of Friday afternoon was not a coincidence.)

His class had been taken to the sports oval where, along with another class, they had been asked to make a straight line. Then, representing an angle corresponding to their position in the line (my son was number 66), they were to work out the sine of their particular angle and walk to this spot along an imaginary y-axis. A lovely flowing sine curve (and the possibility that he will remember the value of sin 66 for a long time) was the result. Woohoo - a great lesson from his perspective. Why? Because it was physical and visual but also different and communal.

How, though, did my son's description of his Maths class lead me to thinking about language learning? Some might argue that most things do. The thing is that headline-grabbing subject descriptors, or promises of future success are not enough to convince high-school students that they should take a particular subject. No doubt, the bells and whistles do help, but a teacher (like my son's Maths teacher on Friday) who is not only knowledgeable, but passionate, motivating and inspired to change things around according to the particular group of students that she or he has is, for me, the biggest factor in student success. 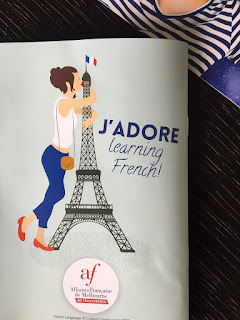 And this is where I am brought back to France and French education; it is true that language learning there is viewed as a significant plus and, from my admittedly limited experience, the expected level of the foreign languages taught is high (and higher than in Australia), but the students remain lacking in confidence and the teaching is often rigid and uncompromising.

Imagine if, in Australia, we could find some of the discipline (subject matter) attention and importance attributed to languages as per the French approach to language learning and if, in France, the language classes could be more exciting, student-centred and communicatively (less grammatically) oriented.

Who knows, we might then be speaking each other's languages.

PS  For more, take a look at this TED talk (where language changes your perspective)
http://bit.ly/2J6QI3H

*** I wrote about our family's French adventure in 'But you are in France, Madame',  click on the following link for a Kindle  or a print copy