My home. My castle. 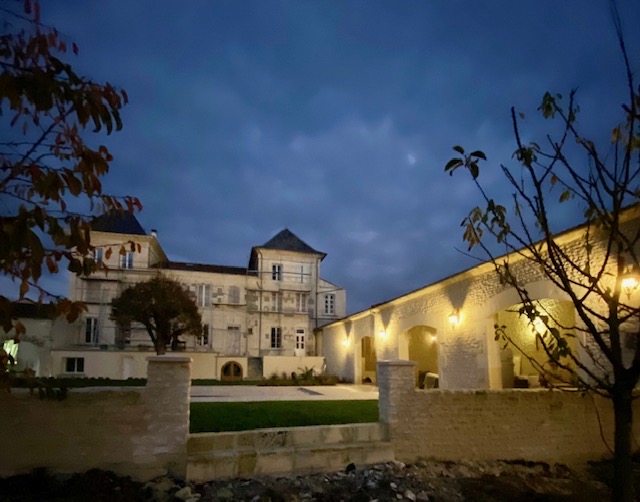 I wandered for many years. Home, then, was the place that my parents lived in and the boxes (stumbling blocks, literally and figuratively) that I lugged with me from one rental abode to the next remained unpacked, unsightly; signposting unremittingly the fact that I was not at home. Having my own children changed that. Slightly. But my devotion was to them, their happiness and their safety. Home became the place that our little unit gathered and grew. It was never a masterpiece of style or sophistication. Something changed when we lived in France⏤in the shadow of a 1000-year-old castle, in a hamlet beside a rivulet, with mountains above, stone cottages to our sides and unfamiliarity our constant companion. I positively loved my house then. I revelled in it, I delighted in welcoming people to it, I looked forward to going back to it, I searched for knickknacks to add to mantlepieces, the dinner table, the stairwells and walls of the bedrooms ... I even cooked in it.

I'm pretty sure that Jules, my guest on today's blog, feels the same way about her home in France (above). Granted, it is not just in the shadows of one, it is the castle. We met online, with my books and Instagram as our intermediaries and it has been a pleasure, both to watch her story unfold and to chat behind the scenes.

Let me introduce you to Jules:

Can you tell us a bit about yourself.

Most people call me Jules, always have. I’m 55 years old, divorced but have been together with my partner for 13 years now. I have 2 amazing daughters with whom I am very close. I have an 18-month-old grandson and another grandchild on the way. I also have 2 grown-up stepchildren. 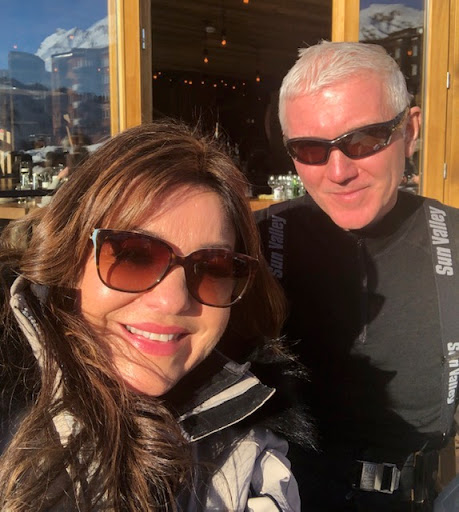 I lost my mother from breast cancer when I was in my 20s. She was my best friend and I’ve never stopped missing her but what losing her taught me was to go for it in life; not be afraid to take a chance (albeit fairly calculated) and to live and appreciate life to the full.

And so, with that mindset, I bought a dilapidated Chateau in France. This was particularly ‘chance worthy’ because at the time I had a full-on business in the UK, which we had built up from nothing and, at the time of embarking on the chateau idea, we employed over 35 staff. So splitting my time between France and the UK and taking on such a huge project, some might say was slightly bonkers.

Can you tell us about how you settled on Cognac, the style of home that you were looking for and your buying journey?  Do you live in France or spend only some of the year there?

I had bought a similar property in the UK 6 years previously, except it was a pub. I set about fully restoring this listed pub from a very dated place with  mouldy carpets and tumbleweeds blowing around into a 12-guest-roomed, 5-star-awarded country inn with a separate detached cottage, a Michelin award-winning restaurant employing 5 chefs and extensive kitchen gardens.

I was looking for my next challenge and wanted a change. With lots of previous experience in property development in the UK, we set about looking online and talking to agents about property in France. Whatever we chose had to be easily commutable from Bristol airport as the inn was near Bath in Somerset and 20 mins from the airport. Then I drew a circle on the map of France, marking a one-and-a half-hour drive from Bordeaux airport, as that was pretty much the only airport in France you could fly to from Bristol 12 months of the year, which was paramount. We set up a string of viewings over a couple of days and hopped on a flight to France.

We viewed about 8 properties and at this point I started to think we weren’t going to find what I was looking for. I didn’t know what it was specifically that I wanted but knew that I would know when I found it. Just before we were about to return home, the agent said he did have one other place he could possibly show us but it was a huge restoration project. I was expecting a complete wreck but, as we turned the corner into the pigeonnier-gated entrance, I was instantly sold. 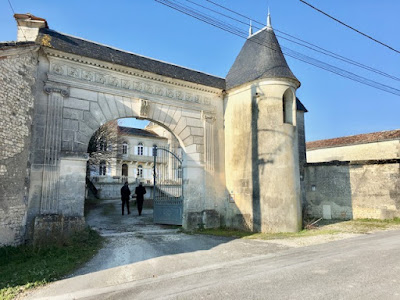 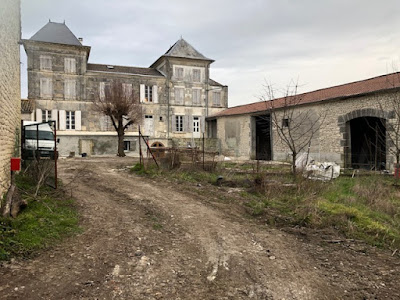 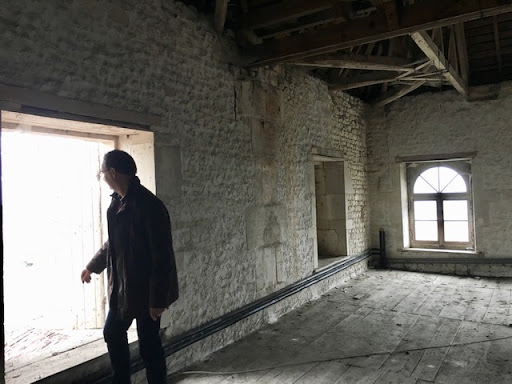 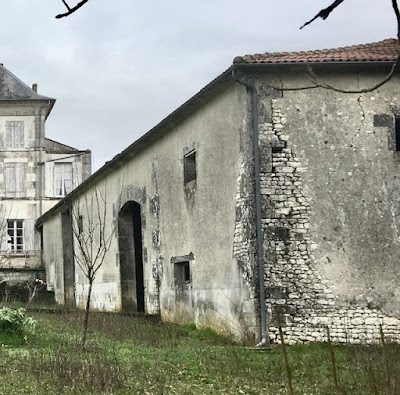 From that moment, those rose-tinted specs were firmly on. Less than 3 months later, we were the proud owners of a slightly crumbling chateau.

We spent the next 3 years travelling between France and the UK, spending as much time as we could in France and working remotely with a building team who were living on site in France. It was tough because we had to keep switching between one and the other and very soon my heart was in France. Each time we went, I didn’t want to leave.

I think the reason the agent was a little reluctant to show us this particular property was because part of it had never really been lived in; it was like it was built but then many rooms not made habitable. The two towers at each end of the building were not really part of the living accommodation, some areas having no access to them. There was a roughly built set of steps up to the south tower which just felt like a big loft space and to get to the north tower on the other side, we had to climb through a small hatch, walk along a gully on top of the roof and through another hatch. 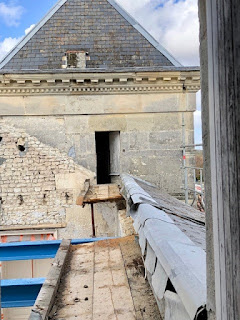 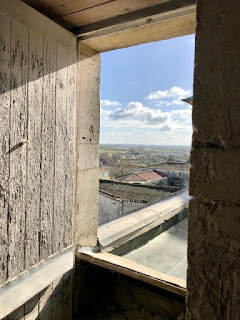 I instantly saw the beauty of these spaces and wanted to make them into living accommodation but we had to find a way to access them and that was not an easy challenge. After an awful lot of head scratching, the only way was to create a staircase up to that level and a passage through the central roof structure to each tower. The central roof was impassable internally, with beams and trusses crossing in all directions, therefore, this had to be completely redesigned whilst retaining the exact same look from the outside. The central roof was removed and rebuilt and, believe me, there were some heart-stopping moments during that process. 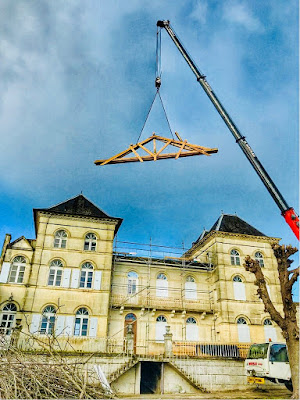 In August 2019 something huge happened. Without advertising it for sale, I accepted an offer for the UK business: one I couldn’t refuse, nor did I want to. I wanted to be in France permanently. On November 12  2019 we drove to our chateau to live. It was, and is, a dream come true. In the last year, we have been able, even through the pandemic, to push forward and achieve a level of finish here that, at times, I doubted would ever be possible. This year, we have turned the barn alongside the pool from an ugly duckling into a beautiful swan, installed our gorgeous pool, created a garden, finished most of the bedroom and bathroom suites, created a cinema room, a bar, a display wine cave, a hobby utility room, an office and pool changing rooms. We’ve also had scaffolding up for most of the summer restoring the rear façade. The distillery is ready for finishing touches and we are well on the way with the chai barn and toilets, giving us some great events spaces... 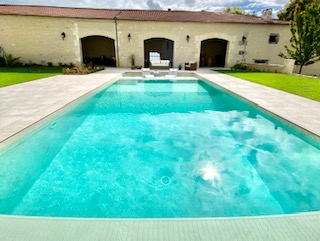 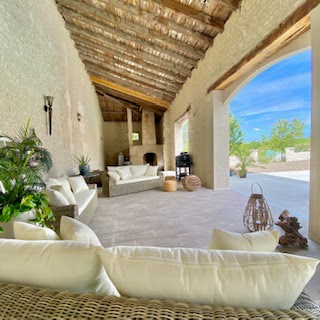 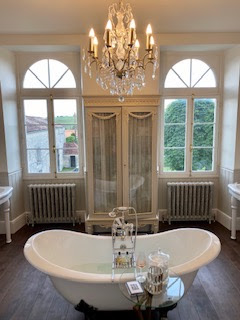 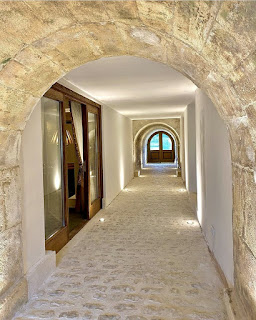 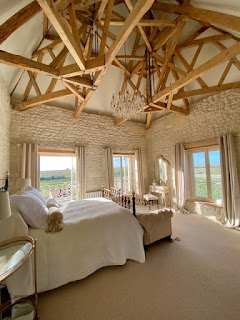 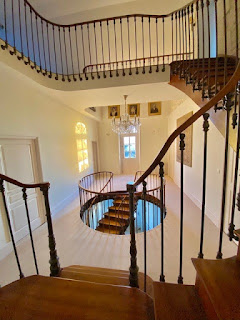 Is your long-term plan to welcome guests?

There was no plan in the beginning. It was just a project, a holiday home for us, but as life has evolved for us and now that we are fortunate enough to be here permanently with no other ties, we are able to do something more. I would like to have a variety of activities here⏤retreats, experiences, events, possibly some weddings, and just having people to stay on a B&B basis. Watch this space!

How have you adapted to your French village and your village to you?

The son of the family who had owned the chateau through many generations, he himself having grown up here, came to have a look around at the work we have done. He was very emotional and so happy and thankful to us for saving it and making it so beautiful; a really lovely moment for us.

People stop, if walking by, to look. They want to speak to us to tell us what a grand job we have done, which is very important to us, to have the approval of the village we now live in.

What is your favourite thing about French living?

My favourite thing about my life in France is the Charente weather, renowned for having one of the most wonderful micro climates in France. We see so much sunshine here and the wonderful long summers mean outdoor living is heavenly. The pace of life, the space and countryside, the variety of food & wine are just some of the other pleasures of living here.

You embody the idea of dreaming big, Jules. You've done so much already but you are not one to sit idle so I'm guessing that 'watch this space' really does mean that more is to come.

Thanks so much for sharing your story. 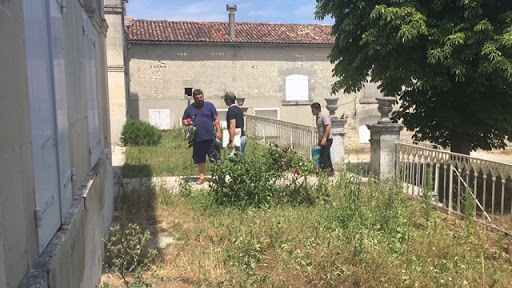 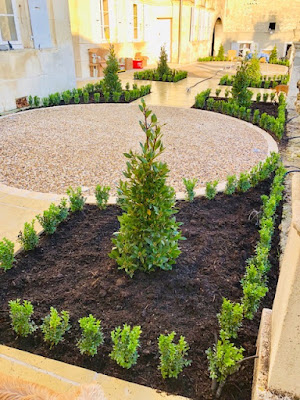