Aix marks the spot - Part One 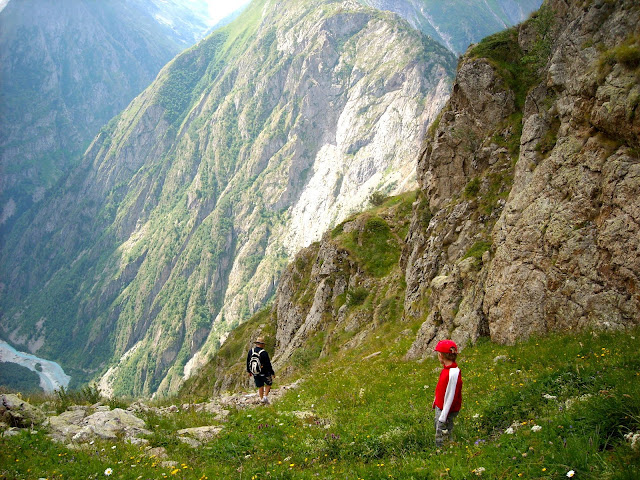 In previous blogs, I have introduced you to other Australian families who, like us, have been so drawn to France that they have up-ended their 'normal' and headed there to live. What is interesting is that each of us has a very different story. Of course, there are similarities (from the simple - markets, fresh food to the complex - profound emotions) but our stories - what we have each done, what we hoped to get from our experiences, how long we stayed and where we stayed - have varied quite significantly.

Today, in Part One of 'Aix marks the spot', we meet Meredith, her husband and their two children who left Sydney for their French life in Aix-en-Provence.

What was it that prompted you to head to France with your family? 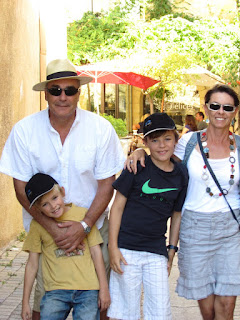 My husband is a natural cook and had studied catering with the French chefs.  From that day on, he wanted to live in France.  It was all my husband’s idea, although he would say that I made it happen.

There is an enormous amount of work that goes into living in another country.  We made our decision to leave Sydney around February 2010 and were on our way 4/5 months later.  My husband had been talking about wanting to live in France for so long that I was sick of hearing about it.  I gave him an ultimatum, that we either go in August 2010 or that he simply never mention it again.

He looked me in the eye and said “Alright, let’s do it”.
I held out my hand and replied “You have to shake on it”.
And he did.

We always felt that 1 year would never be enough and assumed 1-3 years would be the probable outcome. The children were 7 and 10 years old when we left and almost 10 and 13 when we returned, two and a half years later. 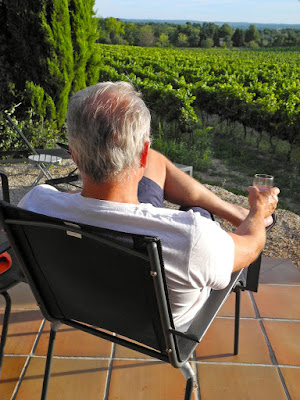 So, probably the main piece of advice that I would give to any prospective families wanting a similar sea change is to allow as much time as possible.  It takes most people a year to settle in and the last thing you want to do is to have to turn around and come back.

Of course, packing up a family and moving to Europe is no easy task.  You just need to make extensive lists and work your way through them. Given that I have a British passport and my husband and I both spoke some French, we had quite an advantage to start with.

I would certainly suggest that anybody thinking of living in France should start learning the language in earnest.  On the other hand,  don’t be put off if you don’t speak French.  Most French speak English and it is relatively easy to get around without it. 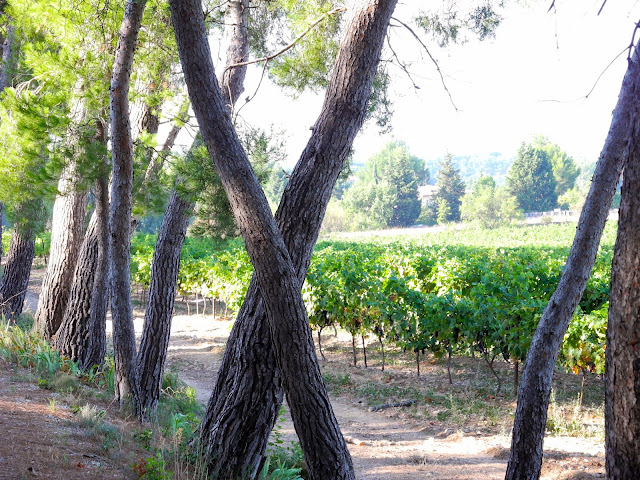 How did you choose where you would live? Did this area live up to your expectations?

Once we’d decided to move to France, I asked my husband the same question,
"Where do you want to live?".   He looked at me as if I was an ‘imbécile’,
“The south of France, where else would you go?”.  And he was right.

My search began with schools.  We assumed the kids would go to an international school and I could only really find three such schools in the south.  There were two on the Côte d’Azur and one in Aix-en-Provence.  Put simply ‘Aix marked the spot’ and that was where we went.

Aix-en-Provence boasts 300 days of sunshine a year, is 25 minutes from the sea, 3 hours by TGV to Paris and is the gateway to the Luberon valley.  It was no surprise that Aix was voted the most desirable place to live in France by the French!
I really didn’t have any expectations.  We were going to live in the South of France and we were going to have a totally different life experience with our kids.
Of course, it was extraordinary and the best thing we ever did.

You have two children. How easily did they make the transition into French living? Can you tell us a bit about their experiences of school, making friends, adjusting to new routines, food etc?

We actually decided to put the kids in the local French school initially, which only lasted 4 months.  My youngest son was struggling with phonetics in English and therefore he was drowning in French.  I was very proud of them both, they never cried.  They just went off every day to school and came home talking about what they had for lunch. That is the best thing ever. The French schools provide a 3-course lunch every day for the kids and it is outstanding.

We quickly decided that having an authentic ‘French’ experience wasn’t as important as having happy children and therefore settled on an ‘International’ experience, moving them to the local International school.  They were ecstatic and loved the change.

They adapted very quickly to their new school and once they had English speaking friends they were very content.  They quickly became connoisseurs of olive oil, cheese and what was the best saucisson at the market.  But they never really embraced going to museums and art galleries, they were far more interested in skiing and climbing trees. 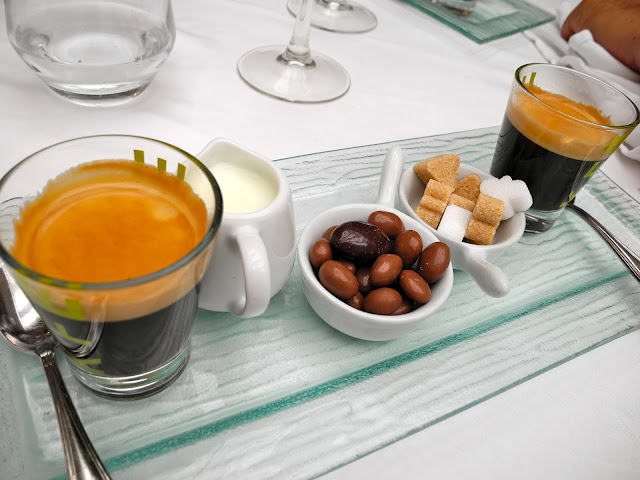 Once settled, what did a typical day look like for you and your husband?

A typical day started with us checking our emails for any work issues back home.  Then we would drive the kids 15 minutes to school stopping on the way back for a morning coffee and a few fresh goods at the market.
If it was a Tuesday we would be going direct to the hiking group, a combination of French and international people being led all over Provence to places you would never find on your own.

Two days a week we would go into the centre ville for our French classes.  We only lived 5 kms from town but it was always fun to go into Aix for French lessons followed by a wander around the market and lunch.

We had to work a bit from home but this would normally be followed by walks around the property, a visit to the local Set club for tennis, or an excursion around the region.
We were kid free during the day so we had plenty of time to explore. 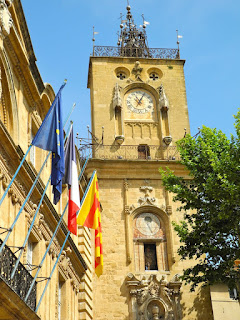 And my husband would delight in deciding what he would cook for dinner and then cook something delicious every night.

In Part Two of 'Aix marks the spot', Meredith will share some of their more colourful moments living in France and talks about their eventual return to Australia.

PS A sneak preview to the continuation of this story is that Meredith loves the area so much that she joined forces with a company called On The Tee Travel to create and host some exciting ‘Golf Getaways’ to Provence, The Riviera and even Mallorca, Spain.  More next time...

Plus...in Part Two, a funny episode related to the following photo will be revealed. 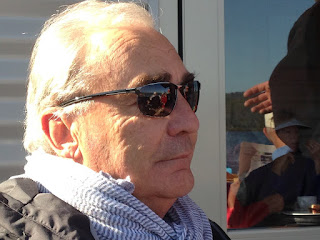 I wrote about our family's French adventure in 'But you are in France, Madame', please contact me on cb222@me.com for a print copy or click on the following link for a Kindle copy.

And finally, I am linking this post with #farawayfiles - varied collection of travel stories.