What have I learnt from the past 12 years speaking French to my son? 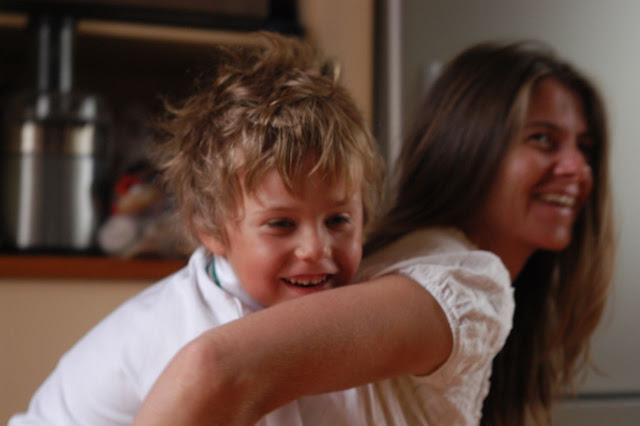 I was born in Australia to English-speaking parents and did not speak a word of French until high school. Fast-forward a few decades, married to an English speaker, I had the, perhaps crazy, idea to only speak French to my son. Ok, in the intervening years, I had fallen in love with the language, majored in French at university, spent a year in France as an English assistant in two French colleges and had been teaching the language to secondary students for, well, longer than I would care to admit. 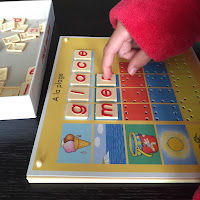 But, none of that, despite my best efforts, actually made me French. So, why did I even consider that I could do such a thing? Truthfully, I did not, but I gave it a shot anyway.

Lesson 1 - I knew very little to start with, but that did not put me off trying - and it should not put you off either, if you are prepared to work hard and learn along the way.

Lesson 2 - A simple, crazy idea can change your life. e.g. Step 1 - let's see how only speaking French to my son turns out ... Step who-knows-how-many - let's go and live in France! This was definitely a road less travelled (thanks Robert Frost) option for us. 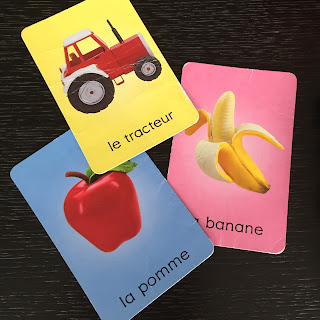 Lesson 3 - I love the well-rounded, global citizens that my children have become. Would this have happened if French and France had not become part of our family make-up? Possibly not. At least not as quickly.

Lesson 4 - In my quest to respond in French to the increasingly complex and philosphical questions posed by my son, I have to keep learning ... every day.

Lesson 5 - My life, and that of my family, has been enriched. Speaking another language does that. It allows a deeper understanding of another culture that would not otherwise have been possible.

Lesson 6 - It has not always been easy.

SO, to answer the questions of those who have contacted me on the subject of bringing up baby bilingually - what exactly did I do? 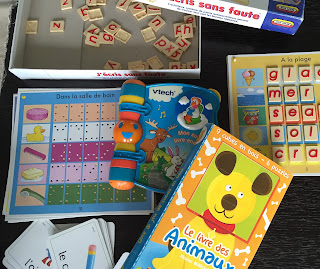 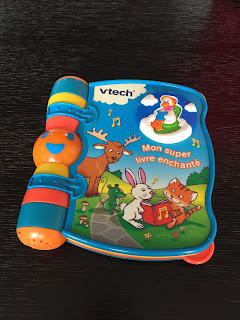 In the next couple of posts, I will take a look at our language journey so far, including posting the first few pages of what became my cheat sheets of baby language and phrases.

Please do contact me with questions and/or comments. I'd love to hear from you. 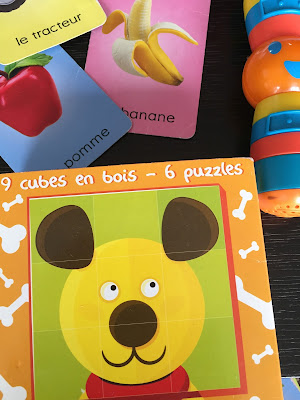 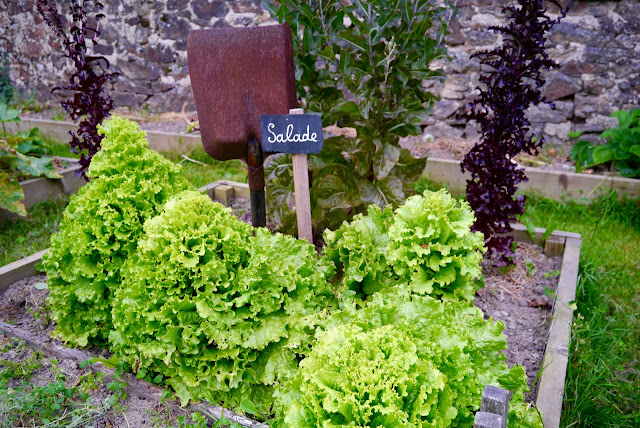 In awe of the near self-sufficiency of my gorgeous elderly neighbours, I wrote this piece whilst still living in our beautiful little hamlet in France. 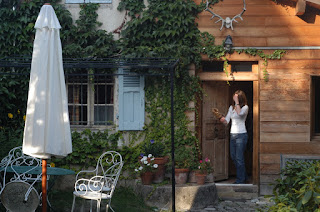 I was chatting outside with the owner. We bumped into each other often as our rented wooden cottage was in her garden, which meandered out of sight past our little place, her rudimentary one-string clothesline, her large and impressive vegetable patch, her hazelnut, pear and apple trees and her collection of flowers and herbs. 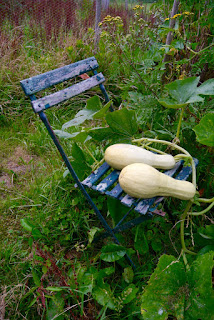 On this particular day, she was bringing me a selection of the day’s vegetable offerings in a wicker basket. A week into our adventure, I felt like we had plumped straight into my idealised fresh food French lifestyle. I knew by then that she had six children. In addition to a more formal evening dinner, each day she prepared a proper, sit-down meal for her offspring and any tag-alongs that came home from school at lunchtime. As such, the garden was not just an ambling delight for my children, keen to run and play hide-and–seek, it was her larder. 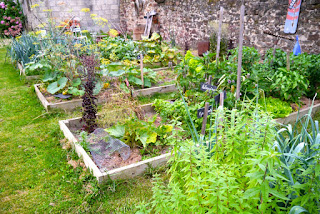 Food was the topic of our conversation. I tried hard to appear at least a little bit knowledgeable in our discussion, but eventually just came out with the truth – that my husband cooked far better than me. She reacted, as have all my other French girlfriends since, with surprise and envy. I still don’t get that. In a world so dominated by male French chefs, why do women here accept the role of chief chef so naturally? Perhaps worried by what she had heard, she invited my husband and I over for dinner.

After our three-course dinner in the formal dining room, we were invited back to the lounge, where we were offered an ‘infusion’ to assist with digestion. Called verveine (verbena), the leaves had been collected from one of the bushes outside, crushed and prepared with boiling water in a pot. It tasted like a refreshing mixture of camomile and mint. Clearly, my headiness upon departure had nothing to do with the non-caffeine-based drink, but I did feel simultaneously pepped up and relaxed. One week down and we had already received our first invitation out in the Haute Savoie. More importantly, we had made it through this first social function; eating and drinking all that had been put in front of us and managing to find enough things to talk about. 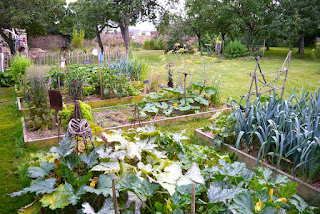 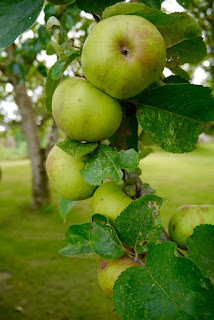 I had always admired vegetable-patch owners. Yet, in Australia, years before, when we had re-done our garden, we had prioritised play areas for the children and had included a trampoline, swing area and cubby house in our plans. Unintentionally, we had fallen into a design-factor trap, which meant that the look of our garden was what had influenced our decision-making. There had been no room for an untidy scar with a few straggly vegetables in it, which would definitely have been my first attempt at a vegie patch. I knew this, as the only time previously that I had managed to grow something successfully was on my single-girl apartment balcony in a terracotta pot. Then, despite myself, hundreds of the sweetest tiny cherry tomatoes had grown ... and kept on appearing. I retain the self-satisfied memory of that period, rushing home from work to see how many more I had produced, picking them and, without a trace of guilt, popping them like red lollies straight into my mouth. 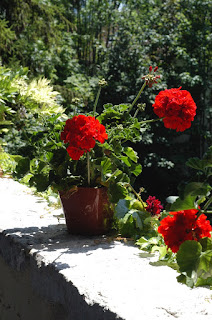 Now, several years into our French adventure, we have moved houses three times and are still in rental accommodation. We are not at liberty to dig willy-nilly into our garden. We did put in a couple of tomato bushes and raspberry plants, which produced some edible fruit and we tried planting a few bulbs, too, but the squirrels had the last word there. On the other hand, the red geraniums in the pots on our balcony are flourishing and remind me of my childhood spent growing up in Adelaide, where the geraniums were considered pretty weeds at the base of the stobie poles on the footpaths. 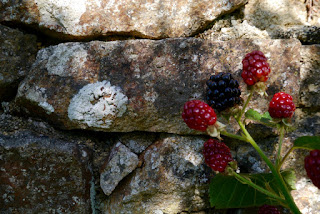 The solution to not having our own garden could be to hire a plot in the communal one down by the tennis courts. At first, I presumed that it was someone’s private garden and marvelled at the regularity of the little squares, which contained stakes for supporting fast-growing plants, colourful flowers and rows of carefully planted vegetables. I want to be a part of that and know when and how to sow, weed, fertilise, trim, pick, rotate and eat what I grow.

I know how to eat. I’ve just got to learn the rest. 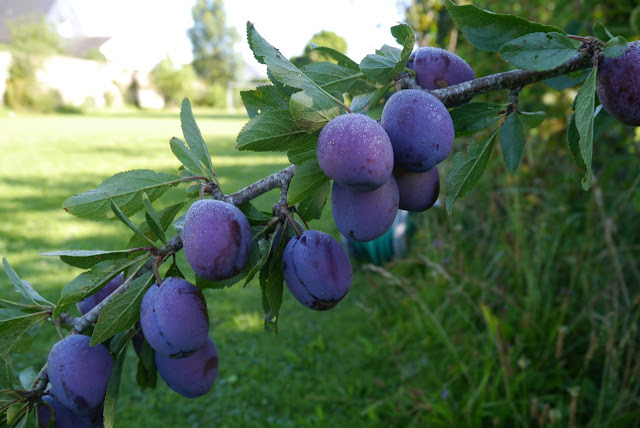 Plougoumelen and the groggy wake-up call 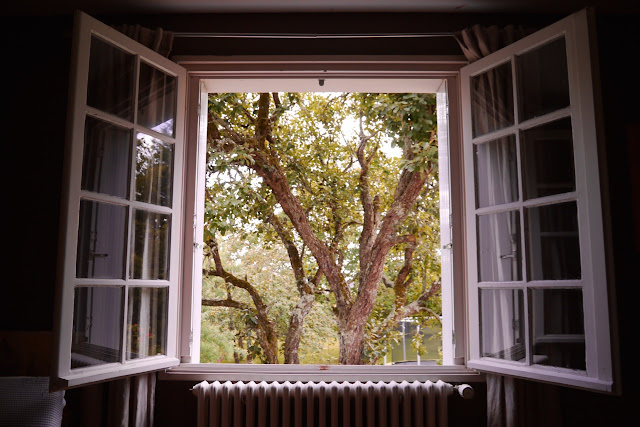 I hear the rooster crowing as I lean out through the double shutters of the first-floor window. It is grey and misty, but at roof-top level, I can make-out the church spire to my right, closely clustered roof-tops to the left and the semi-wild, walled garden below. 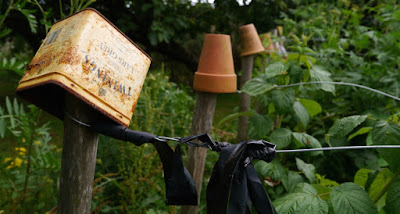 My son, barefoot and dressed in a hastily pulled on pair of shorts and pyjama top, runs through the damp  grass towards the swing. At regular, gentle intervals his feet appear before vanishing into the foliage. 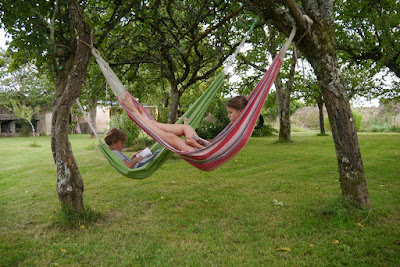 What is the rooster playing at? It is nine o'clock in the morning, with dawn long gone. I push on the shutters to open them wider and crawl back into bed, accompanied by his continued, groggy calls for me to rise. The côt, côt of a chicken joins his long, single-noted last attempt. We all know that it has been a failed attempt.

From beneath my crumpled blue doona I survey the room. The wind, rustling the leaves on the tree, draws my attention back outside. I feel young again, energised by the thought that I could be facing the magical branches of THE Faraway Tree and long to be able to disappear into their embrace. The drone of a distant airplane makes me twitch, as submerged childhood memories resurface and I see myself standing waiting, in a deserted schoolyard, with night falling, for my father to draw himself away from his books, and remember that he is supposed to be picking me up. 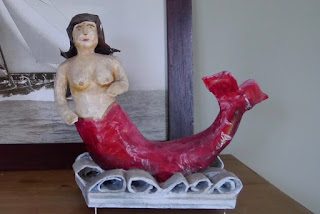 The room is perfect. Not in the clean-lined, not-a-thing-out-of-place, bold new furniture way of trendy magazines. Perfect in the orderly jumble of lovingly collected furniture and home- and hand-painted artworks. Perched on top of a rough-at-the-edges armoire, a mermaid looks across at a decent-sized paper parasol, shielding a figure, humble in her papier mâché body and black straw hat. She is lying on her side, propped up on one elbow and completely absorbed in her book. 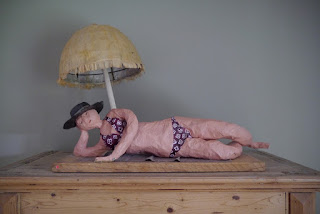 The floor is made of skinny slats of polished wood and there is enough space for two roof lamps to be hanging. Walking produces the occasional, unfamiliar, but not uncomfortable, creak. The double curtains covering the second, unopened window permit the introduction of a diffused light. 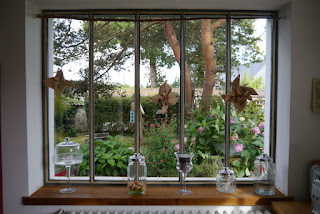 Dishes clink and I hear the repeated squeak of compressed springs.

There is a dishwasher to be un-packed and jumping on the trampoline will not stave off my son's hunger for long.

I swing my legs to the floor. 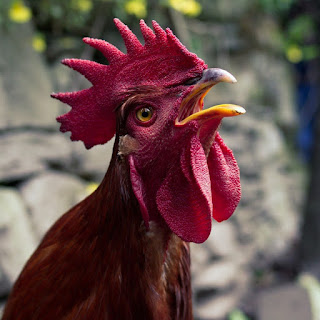