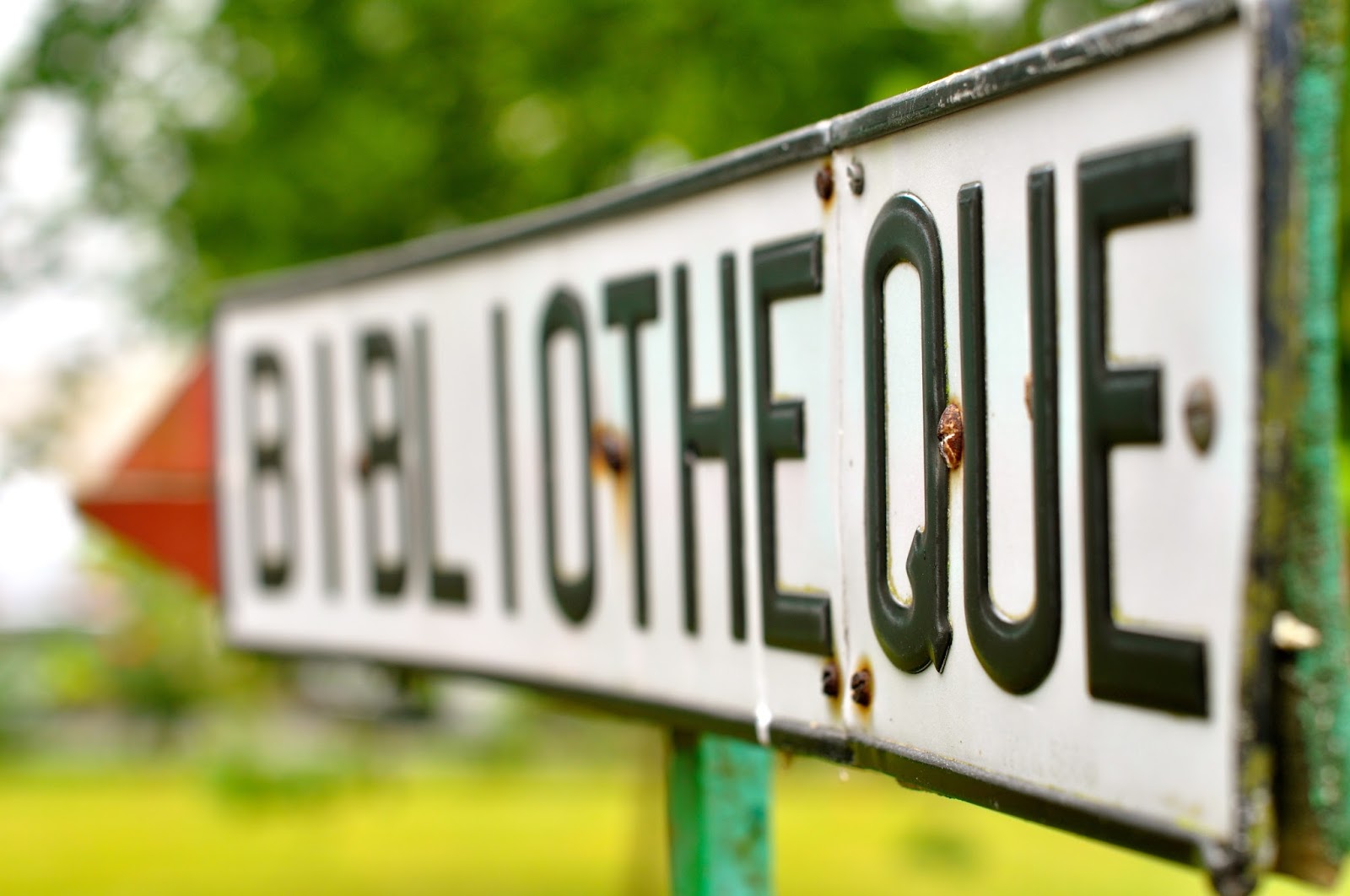 A ten-square metre room in the many-roomed, three-story building standing prominently on the main road through the village opens its shutters for four and a half hours per week. At the same time a large metal sign reading BIBLIOTHEQUE is placed outside on the window ledge to advertise the fact that therein lies the village library and that it is open for business.

In my busy pre-France life I had no time for reading – other that is, than work related articles and documents. I didn’t allow myself to read for pleasure. I used to tell myself that I had too many other important things to do and convinced myself that I was somehow letting myself, and my high standards down if I gave in and read something just for the sake of enjoying reading it.

When we moved to France this idea that had accompanied me for the previous 25 years was so engrained that, despite the fact that I now did have free time I still couldn’t ‘waste’ it on such a frivolous pursuit.

What prompted me first to seek out the local village library was the children, and admittedly it was more to get them French DVDs. They were doing fewer activities than they used to do in Australia but I had justified the passive DVD watching idea to myself on the premise that it would help them with their French language learning. So I looked around for a video store but they just didn’t seem to exist. The closest that I came across was an ATM-like ‘hole in the wall’ at the village supermarket that had literally just a handful of very outdated adult-oriented movies for loan. I then remembered that in Australia the libraries often had a collection of videos and DVDs for loan and presumed that the same would apply in France. Wrong!

I had been living in France for a month by then – I should have known that this would be another difference between the two countries. The first library that I tried, which was near our first house, looked promising from the outside. It was modern and quite large with two wings of books. By then I had become more used to the idea that public buildings could easily be mistaken for residential premises and hesitated only slightly as I pushed open the door to face two sweetly smiling ladies seated behind a long desk quietly controlling who was going in and out and with what in their bags. I explained that I was new to the area and they assured me that as long as I could prove my address with a ‘justificatif’ and then pay my money that I could start borrowing books straight away. Pay my money – weren’t libraries free in France like they were in Australia? I felt that I couldn’t back out and so did what was required. I moved auspiciously to the books section first and then stealthily attempted to hone in on my real target, the DVDs – but where were they?  and what a disappointment when I finally located the single half-empty shelf holding more out-dated adult-oriented movies. To save face with the eagle-eyed librarians I resorted to borrowing books for the children pretending that that had been my principal objective all along.

Just because I was there and because it jumped out at me as a familiar name I also borrowed a book – for me. It was a Tim Winton book in French. I haven’t looked back. I am once again hooked on reading.

We have changed villages and therefore libraries and this time I was a bit more prepared for the interaction that would take place when I first went for a visit– but not the size of the library or their methods. Don’t get me wrong – it is one of my fortnightly pleasures to go down to the library and have a short whispered exchange with one of the many older ladies who man the room. The borrowing system involves exchanging yellowing hand-written cards for book. There are no due dates – and the books seem to date from the period they were written about – a long time ago. There is a table for new releases and a box  - one - for children’s books but mostly I concentrate on the ‘B’s. By default the first author that I picked up had the surname Bourdin (genre: easy romance). I methodically returned to her shelf, read all of her books and only realised that I had come to the end of her offerings when the style of my newest loan was so vastly different (more difficult and somewhat educative) than what I had become accustomed to. I re-read the cover and realized that I was reading a Bourdon. I have since progressed to Bordes – and am loving reading once again. 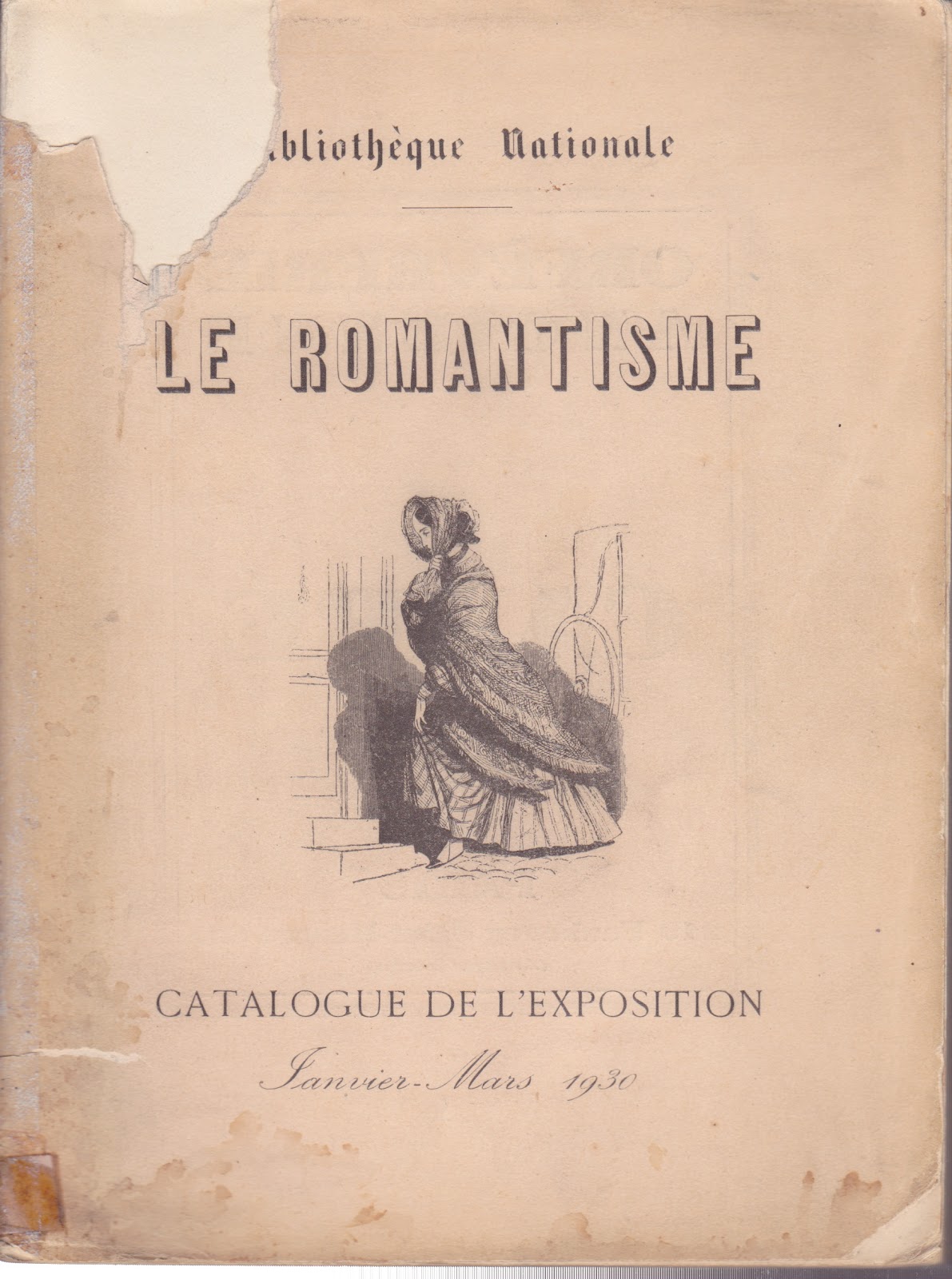 Yesterday I had to return an overdue book as in principle you keep a book for two weeks. I presented my apologies and was told reassuringly not to worry as it was an old one – the word is ‘ancien’. I guess that it will always be ok then – as they are nearly all old.

Posted by But you are in France, Madame at 02:59 No comments: 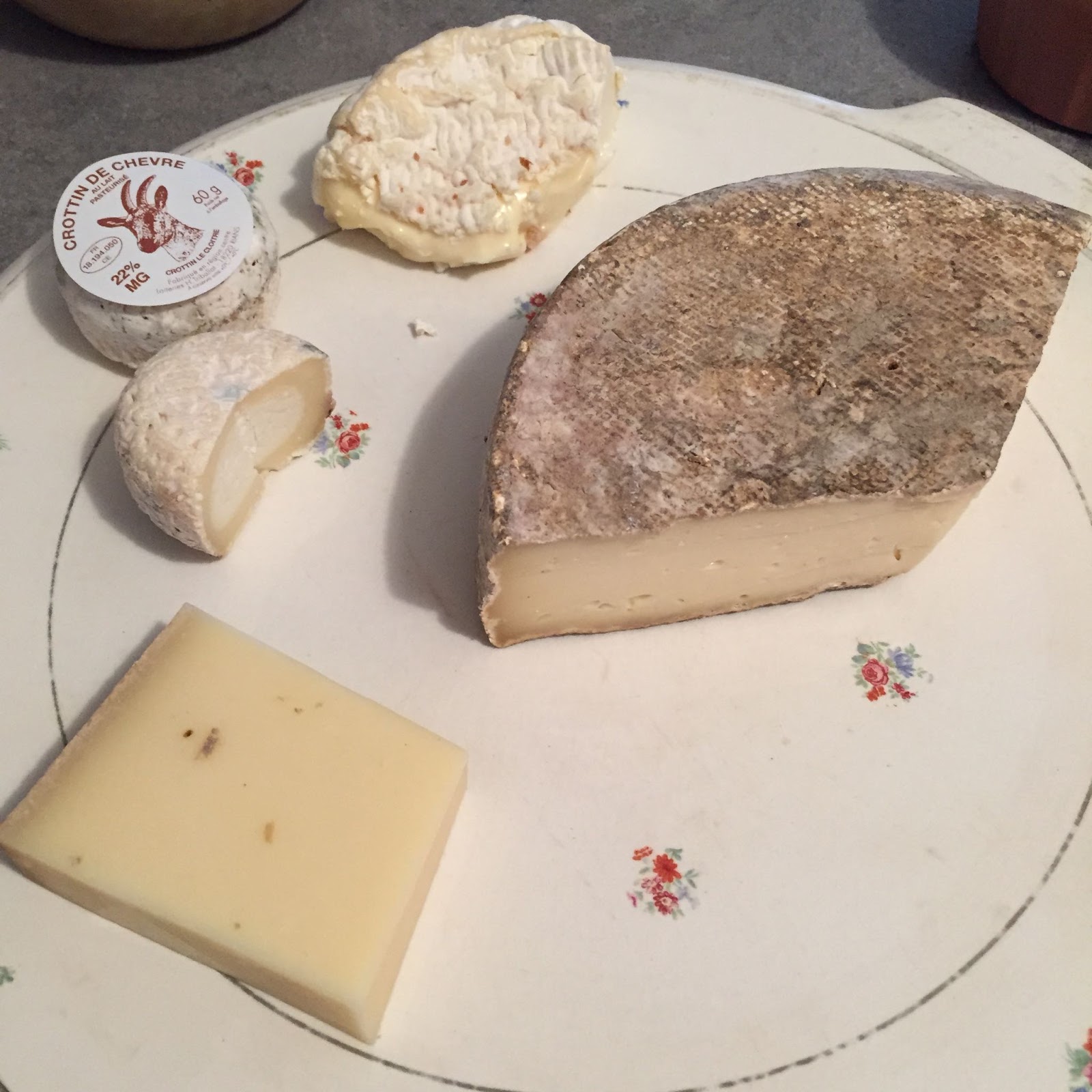 Charles De Gaulle, French General and politician who led the Free French during the Second World War and was also the architect of the fifth republic and French President from 1959-1969 famously said “Comment voulez-vous gouverner un pays où il existe 258 variétés de fromage?” or “How can one lead a country where there are 258 varieties of cheese?” Surely he could have just said “How can one lead a country made up of Frenchmen?" But no, that would have been disrespectful of the personality differences, passion and that little ‘je ne sais quoi’ which mysteriously defines a typical Frenchman. How clever to make the Gallic chest swell with pride at his culinary achievement and his individualism. Yes, you can hear De Gaulle’s compatriots thinking, we do have a lot of cheeses, yes it is probable that we might be the world cheese masters, how clever are we? distracting them from the veiled message that they were just an unruly lot who were hard to control.

It works even to this day. If ever I feel a conversation flagging or progressing into dangerous territory, linguistic or otherwise, I casually throw in what I had for dinner, or lunch, or breakfast last week. It doesn’t matter, as long as it is about food we digress happily out of more-trying-vocabulary quarters and potentially disharmonious sentiments. 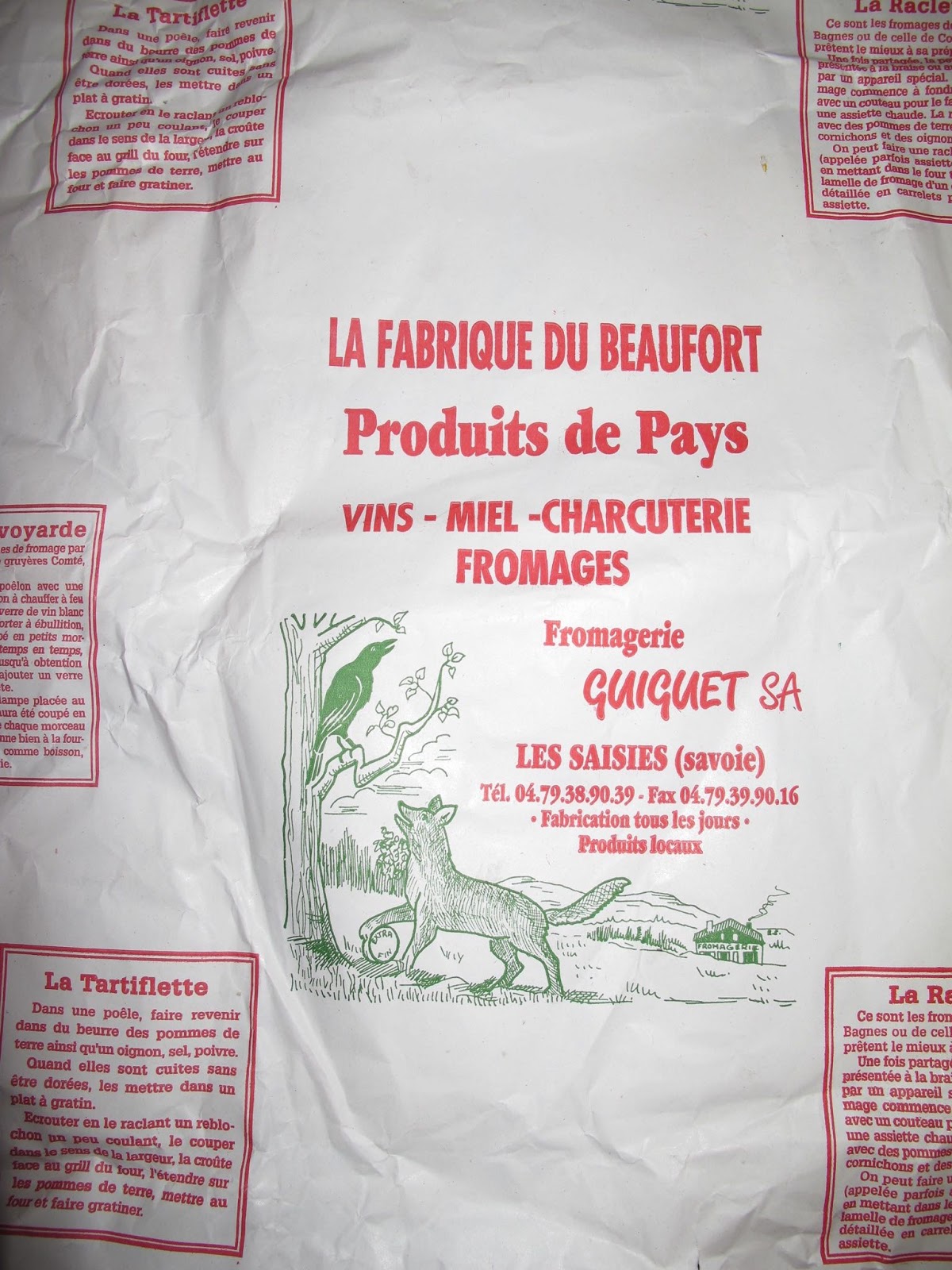 On holidays recently in Bourgogne we visited a market. A little market in an out-of-the-way village with a lovely castle, which is open for visits, a main street and not much else. But even small villages have the right to hold a market. It wasn’t busy, unlike the Saturday morning affairs in Annecy where the pleasure of strolling and becoming intimate with the stallholders is reduced to elbowing your way to the stall, queuing for long periods of time and then making your transaction as quickly as possible so as not to annoy those queuing behind you. In fact, quite the opposite, it was almost intimidatingly empty. It was the sort of place where you felt obliged to buy from every stallholder just to show no favouritism. After purchasing vegetables from two different sellers, fresh goats cheeses from the goats cheese lady, bread from the baker and regretfully nodding at the cheap and nasty toy seller we found ourselves in front of a second cheesemaker.

I explained to him that we were not from the region so asked whether he would be kind enough to recommend a couple of local cheeses. He pointed to a strong rind-washed, oozing Epoisses, a soft, slightly denser in the middle Chaource, and then presented the Délice de Bourgogne, otherwise known as the Crémeux. It has a fat content of 76% he added and I stopped in the middle of my “yes, we’ll have that one,” reply only to quickly regather my momentum and say ”yes, we’ll have a thin slice of that one please.” But, was it delicious? Worth every calorie and re-ordered as soon as we spotted some more at the next market.

Later that day the children were discussing cheese. My oldest daughter dared make the outlandish statement that she could name fifty French cheeses. I laughed and went to the computer as she was beginning her list and typed favourite Australian cheeses into my Internet search engine. It was time to laugh again when amongst the esoteric cheese conversations recorded, some jokester had written “I’m really enjoying Dick Smith’s Cheese Spread.” There is no doubt that Australia has cheese of quality but the comment did remind me that before arriving in France my children’s attempts to name cheeses would probably have stopped after three. Let me give it a go – Coon, Tasty and ‘green cheese’. The last was my oldest daughter’s favourite when she could barely walk. She would ask it of her granny when spending the night at her house. It didn’t refer to my mother’s Scottish background and her ‘waste not want not’ approach to food but rather the green wrapping of the aged cheddar that my mother preferred. My children also used to happily munch on individually wrapped cheese slices. I have never seen them in France, and don’t really want to. I can’t even imagine the look of stupefaction I would receive from my children’s friends if ever I did find them and served them up.

My daughter had to admit defeat after thirty-one cheeses. I was impressed. Sure we had been living in France for a couple of years but it only took a couple of months of French living before the children’s tastes and appreciation for food started changing. I vividly recall my daughter running back to me through yet another market, grabbing me by the arm and pulling me back to where she had come from. “You have to taste this cheese,” she said. She had, I did and a great slab was purchased. It was a Beaufort d’été, made from the summer milk of the cows in the pastures around Beaufort. To this day, despite all the competitors for her number one cheese ranking it has not been replaced.

I also smilingly reflect on the afternoon that I observed my three children from a discreet distance. They had a cheese platter in front of them. As they were making up their sandwiches for lunch they discussed the merits of each cheese. The taste and texture were seriously debated and small slices were shaved off to check and re-check on their taste preference. My son was equally as happy participating in the discussion and he had only just turned six. Is it any wonder that this country produces great food and great chefs? 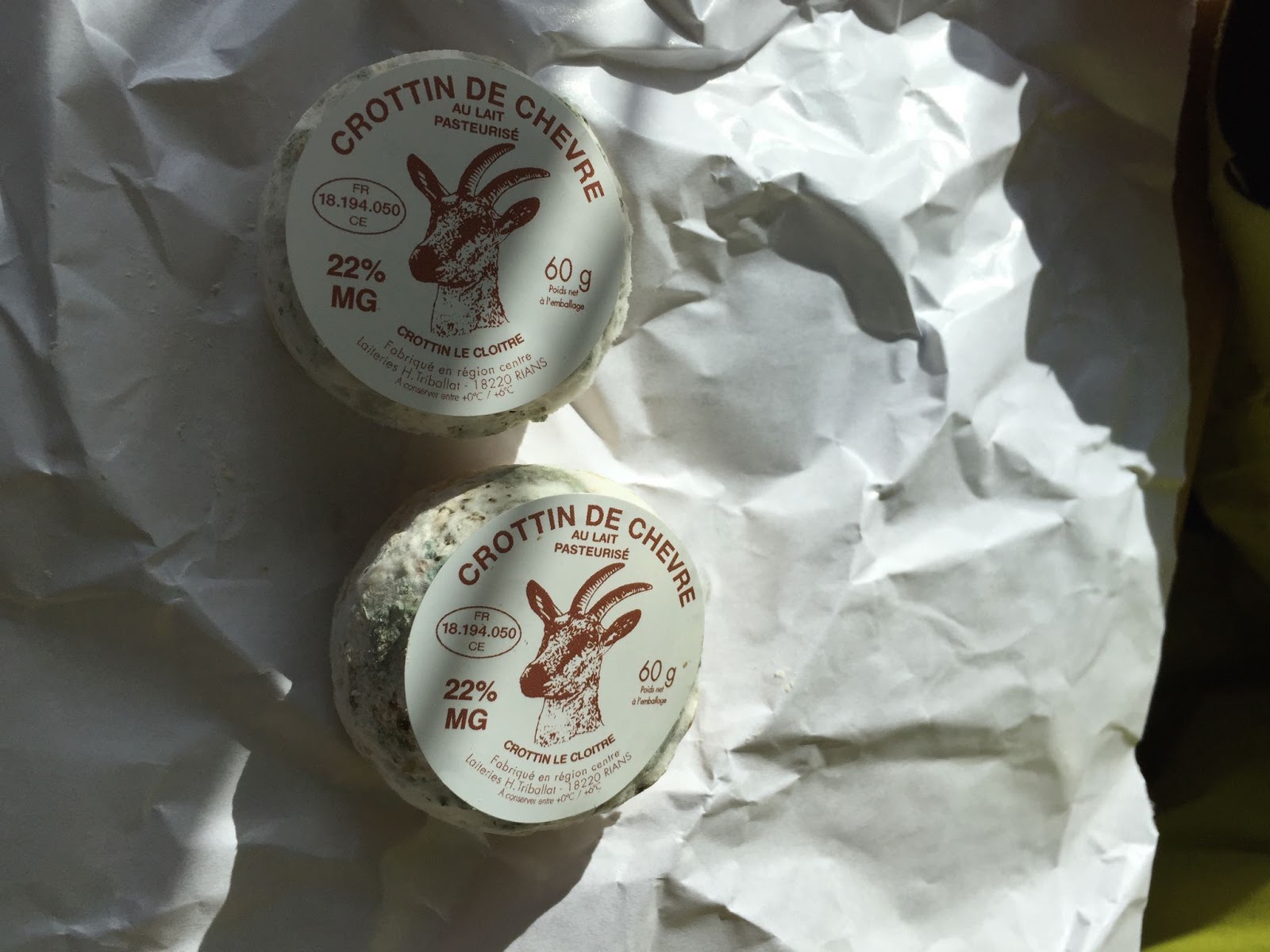 Posted by But you are in France, Madame at 03:37 No comments: