Ready and waiting ... for winter 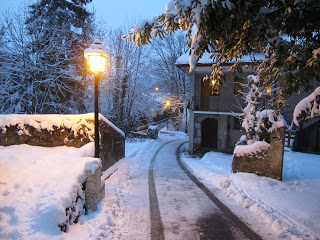 Disappointingly, we did not wake up to snow this morning. But, I think that we have ticked off the major items on our ‘preparations for winter’ list. The fuel for our heating system was delivered just after 8am as I was setting off to walk my youngest to school. I watched in admiration as the driver manoeuvred his truck across the bridge two doors up from the house, with inches to spare on each side and then ran up to greet him and introduce myself. I explained to him what the driver who came with last year’s delivery had done in order to get the truck to the house safely down the narrow, winding streets. He smiled kindly at me, nodded and said “Yes, that was what I was going to do.”

Chatting a few minutes later as the fuel was surging into the underground tank he revealed to me that he had been delivering in the Annecy area for 27 years and “knew most things.” He then pointed to the houses around us in our hamlet and explained where he had to park the truck in order to access each property. On one occasion, he told me, when our street was blocked he had even used a ladder to climb down into the river with his hose and up and across our garden to the manhole. I guess I hadn’t needed to worry about helping him with his directions. Nor the driver from last year who had responded with “I’ve got it covered” when I asked if he needed any help getting his truck out of the tiny street. Luckily, in hindsight, as I am still not sure what I could have done in practice to help avoid his several tonne fuel truck from being artistically wrapped around my low stone retaining wall. 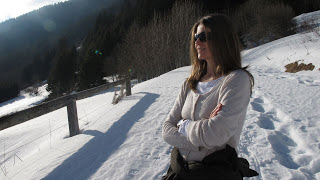 Today’s driver was friendly and wore cool tartan-patterned gumboots, which I complimented him on. My words were so nonchalantly accepted that it felt like I was a player in his daily casual conversation routine. The boots may have been part of his seductive delivery method and they were clearly working their magic on me. I would have liked to have kept him chatting to discover a bit more about the things that he said that he knew.

Typically for me, when I looked at the bill after his departure I discovered that I had mis-heard the quoted price over the telephone. Instead of quatre-vingt-treize (93) centimes per litre it had cost me quatre-vingt-seize (96) centimes per litre, easily done over the phone but another one of the frustrating little examples of being let down linguistically by not being a native speaker.

So, now that we have had the wood and fuel delivered, snow tyres bought and put on, salt for the roads near the front door at the ready, spray and ice scrapers for the windscreen placed in the car along with a blanket, snow chains and snow shovel, winter clothing checked and ski school bookings made, we just need the winter. It is making me feel a bit like a wallflower at a school ball, all dressed up and ready with no one interested. 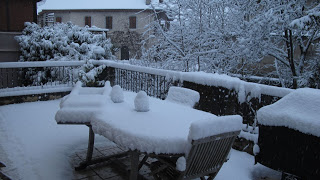 Have I gone a bit over-the-top with our preparations? Probably, but we were so under-prepared for our first winter here that I am scared into action each year now. Memories of sloshing through snow with my toes achingly cold in shoes that leaked, my under-dressed children with despairing looks in their eyes, skidding in the car down icy, un-salted roads and sitting freezing cold in the kitchen with no wood left and our heating fuel nearly all gone are hard to erase.

Now that I think about it we were also way to keen to try out all the different local Christmas markets. We had no idea that the huge banners and roadside signs on the main road from Annecy to home could lead us to small community halls set up with only a handful of cute stalls, which we conspicuously kept on appearing at.

But, how often is it the journey rather than the destination that provides the interest and the excitement in life? We look back on our mistakes with pride, content in the knowledge that despite all of the things that we did not get right last time around, we made it through.

Still, please hurry up and snow so that I can feel better about being so prepared. 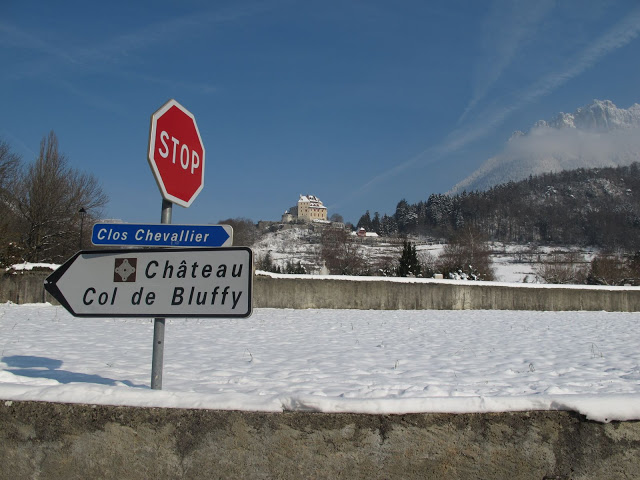 Posted by But you are in France, Madame at 02:42 No comments: