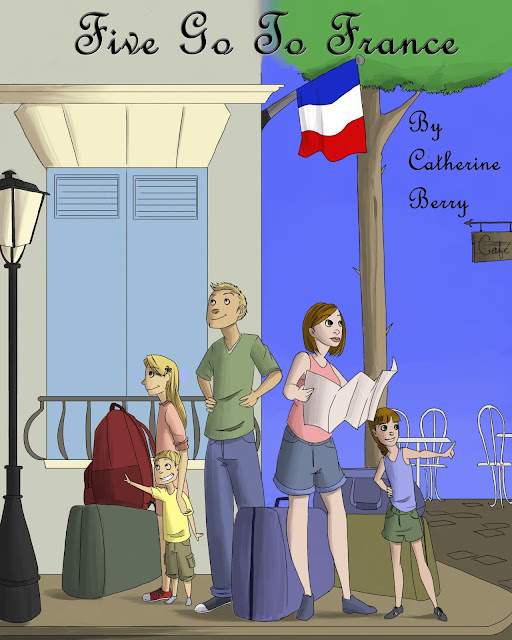 A few things have brought a smile to my face recently.... I reached 100 K views on my Google plus page, there was a slowing down in the number of Instagram followers who were deserting me each day (my daughter keeps telling me to stop taking social media so personally), the banner and publicity material that I had ordered for my market stall arrived and looked, to me anyway, beautiful and exactly as I had hoped, the flyer for my book talk at the library was finalised, and the attendees for the talk itself ran to a waiting list with a full-house on the day. But, nothing compared to having 'But you are in France, Madame' placed on the shelves of a proper bookstore. 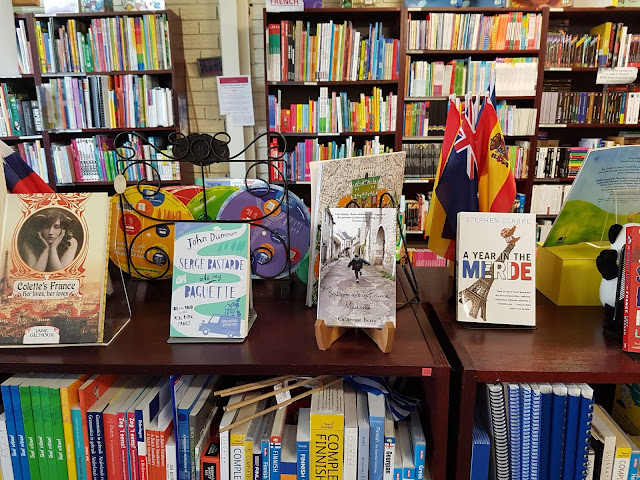 I'll be lucky to pocket a couple of dollars per book sold, so the thrill came not from the expectation of financial gain. It came from a sense of validation. The book industry is a tough industry to enter, understand and stand out in and the last three years (two for the writing and one since pushing the button on 'publish') have been hard, filled with self-doubt and disillusionment. I needed this small something to help keep me going. 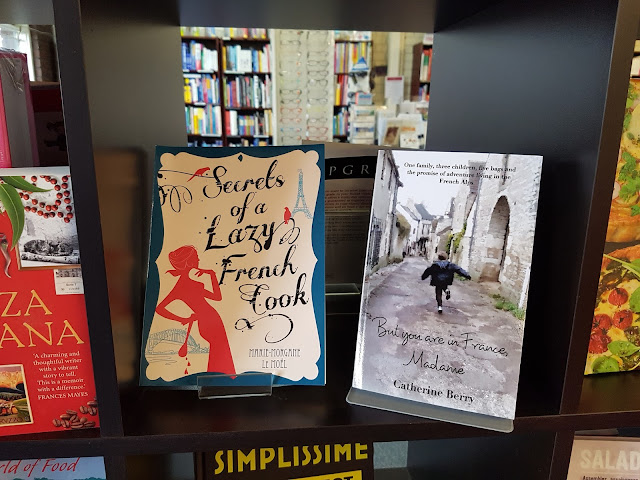 For those who do not know my family's story, I began writing 'But you are in France, Madame' several months after arriving back in Australia after 3 1/2 years of living in the French Alps. The first few months for the family (years for me) were difficult. I talked a lot, in those early days, about what we had experienced in France. Eventually, talking was not enough and I started to write. Admittedly, I had no certainty of ever finishing something as enormous and unknown as a book and even less of publishing it. I wish I had known how things would turn out as I would have enjoyed the process so much more. Throughout the two years that I was writing, a long list of magnificent book titles presented themselves to me, revealed their unsuitability in the days that followed and were swiftly relegated.

You don't eat sushi outside Paris came, went, came back and stuck and was the title that I eventually used to submit my book to a selection of Australian publishing houses. It was a throw-away line from one of our French friends. We had met in Australia but caught up with him and his family in Italy, in the beautiful city of Florence at the end of our first year abroad. It was a joy to see them and to re-live the time that had passed since both families had undertaken their latest adventures. Affected by the difficulties that were stymying our transition to successful French living, we nonetheless tried to conversationally minimise our deceptions. Our host was not to be fooled. "You don't eat sushi outside Paris", he answered. This was his way of reassuring us and acknowledging that there were indeed rules to be followed but that it was particularly difficult to follow them if you didn't know that they even existed.

I see now that this first title was too obscure plus I didn't hear back from the publishers, so went back to work re-drafting the entire manuscript, including the title.

I loved my next attempt and even had a cover made up for Five go to France (see above). I don't have short hair and my husband is not blond, but the illustrator somehow captured a little of the personalities of the three children in her drawing, despite me giving her only the title and not much else to go on. Potential copyright issues from the publishers of Enid Blyton, whose books I loved as a child, made me pull the rug on that title too.

The story behind the next and final title But you are in France, Madame is one that I have recounted before. It was the conclusion to an actual conversation that I had and a subtle reminder of the existence of a special French something that we were learning to live and appreciate. It felt right, especially when coupled with the photo taken by my husband of our son, running through the streets of Noyers-sur-Serein on one of our family holidays.

My French friends, on the other hand, they smile and nod their heads when they first see the book in print. They require no further explanation of the title. 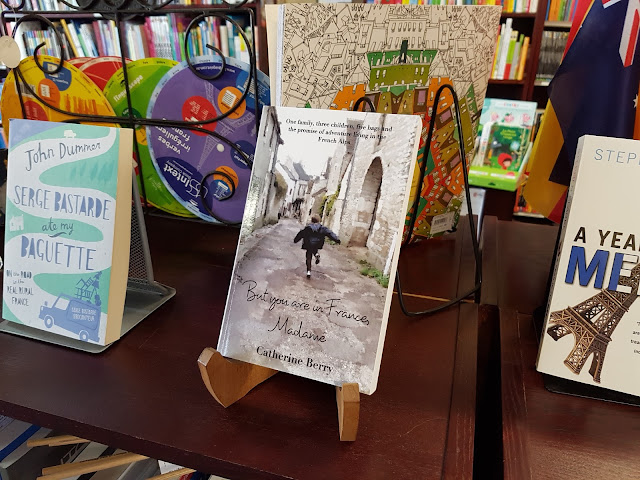 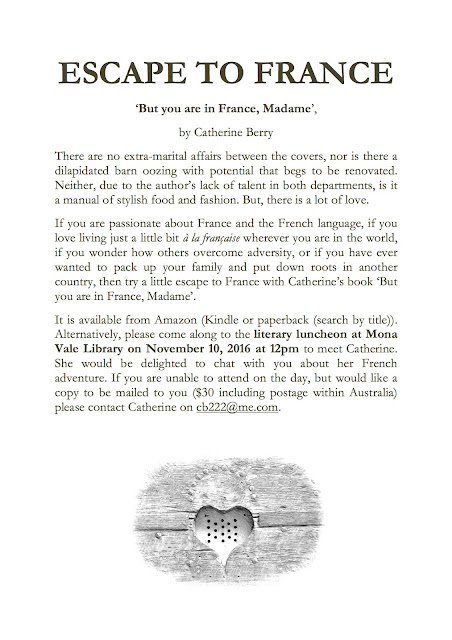 I am sharing with you today the latest press release for my book 'But you are in France, Madame' and in my next blog, I will be reflecting on a few personal milestones that I have passed since pressing the 'publish button' one year ago.

PS If you are interested in purchasing a copy of the book, there is a clickable link to the right of this blog page which will take you to the purchasing options. Thanks, as always, for your interest.
Posted by But you are in France, Madame at 21:05 8 comments: