"I've noticed that people who know how to eat are never idiots." (Apollinaire) 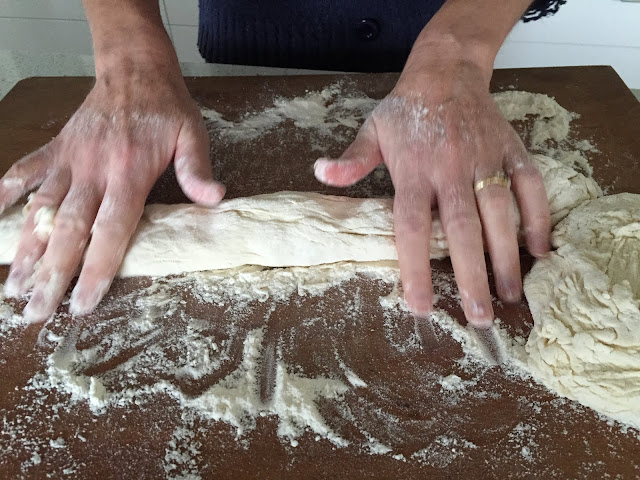 
Guillaume Apollinaire (not his original name) was born in Italy to a Polish mother. In his short life, which ended nearly one hundred years ago, he seems to have done and said pretty much whatever he wanted to. Still, today, the interesting people around me have this capacity. In this noisy 'me', 'me', 'me' world, they are the oft-silent ones who can be confrontational without confronting, whose ideas make me think, whose words are not drowned out by the inane, trivial conversations around us. Sure, they are sometimes arrogant so-and-sos who can upset by their unflinching honesty; in my case, only saved by their genius and my gratitude at being taken out of my daily humdrum. I probably would have enjoyed a tête-à-tête with Guillaume, but, the truth of it is that I don't know how to eat.

Table etiquette: which fork/spoon/knife to use, elbows off the table, no slurping or burping and how to place one's cutlery at the end of a meal - I've got spades of that. I come from good English stock. The mechanics of eating; clearly, that is not a problem either. But (and here's the rub), I am never the one to salivate prematurely over the duck stuffed in the turkey stuffed in the chicken (or however the turducken is prepared although I concede that my method appears unlikely). I am never the one to order my steak 'saignant' (let alone tartare), I skip lunch often and snack on Weet-Bix or handfuls of muesli and, dinner for my children and I, when my intelligent husband is away, is often not pretty.

Ah, we are not talking equality at all. Good, I can still legitimately keep company with my other half. 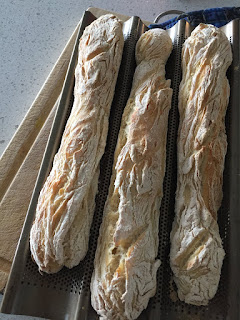 Actually, I digress. This post was to have been about baking bread but I got side-tracked by stumbling upon the aforementioned quote in Cooking for Claudine by John Baxter, a gift from Lulu (thanks, Lulu, and I hope to hear soon that your French trip was a great success).

I'll aim to get back to my exemplary bread knowledge in my next post. In the meantime, there is a chapter in 'But you are in France, Madame' entitled 'Mon péché mignon' and it is all about bread. If you would like to read more, here is the link. 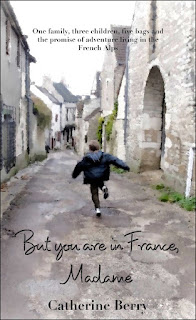 
And once again, joining in with the AllAboutFrance link-up, sharing posts with a French theme. Bonne lecture...
Posted by But you are in France, Madame at 02:03 8 comments: 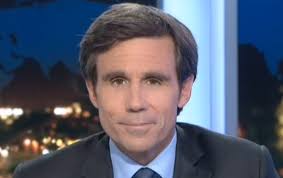 David was professional, analytical, warm, serious, humorous and kept me up-to-date on world events in a manner which I appreciated enormously. I'm sure that we'll meet again on some screen at some point in the future, but in the meantime, "Thanks, David".
Posted by But you are in France, Madame at 01:00 2 comments: