I had made it to Sicily by train and the journey had already had all the hallmarks of 'one of those trips' that would be recounted and exaggerated with each telling. There was just one more ferry ride across the water to Malta and my final destination, but my boat was not leaving until after night had fallen and that was hours away. My unwieldy backpack was heavy plus it was relatively warm despite the winter season and I had not slept properly for days, so I sat on one of the chairs outside a wharf café hoping not to be noticed immediately and gazed out to sea.

I was not alone for long. He was up for a chat but we didn't really have a common language. The words of Italian that I knew were fewer than the bits of French that he was trying on me but the gestures, the intention of his regard and his intonation were clear. Humour was my first dissuasive tactic. That didn't work, but neither did long silences, a firmer tone or suggesting that my boyfriend could be along at any minute. Despite the daylight, I was becoming more and more uncomfortable, but grabbing my hand and declaring that "my blood is boiling for you" had me guffawing uncertainly, snatching my hand from his and standing abruptly.

From the comfort of my desk today, I was transported back in time and to this Italian port scene.
And, here is why... 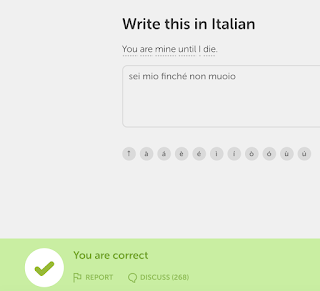 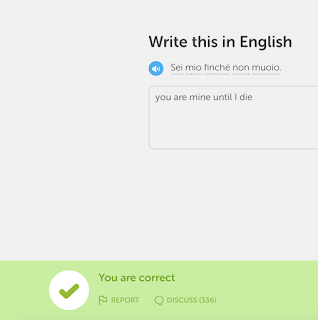 I had to translate this passionate statement from Italian to English, English to Italian and repeat it aloud over and over. I know that I don't yet know much in Italian and that finding creative, new sentences can be a challenge for an educator, but I did wonder if this were really a necessary addition to my beginner's repertoire?

Perhaps it is just a precursor to Valentine's Day?

I suspect not. Actually, it is quite liberating, quite exciting and in contrast to the conservative, polite nuances of my growing up in English.

PS I was struggling with grasping the word finché (translated as until) followed by the word non until I looked up the Italian-French translation which read 'aussi longtemps que'.... You are mine as long as I am not dead.

She shakes her head.

What you don't know 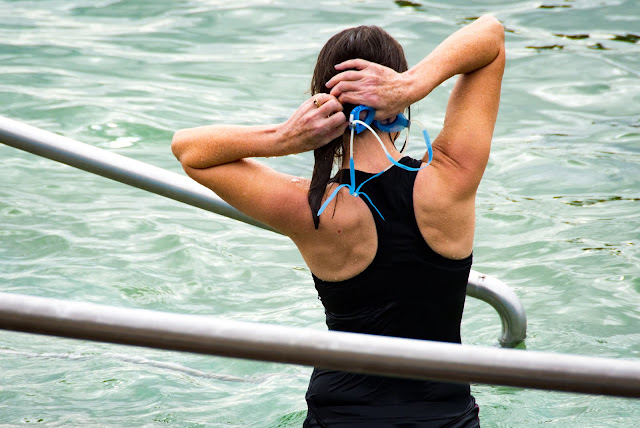 I can swim far not fast and even though I have been told that my style is questionable, it gets me through the water and unquestionably helps me to feel better about both myself and the day.

I dropped my son at the bus stop this morning and headed to one of the three ocean pools within a couple of kilometres of home. Arriving when I did, just after 7am, I was hoping to beat the majority of the early daily lap swimmers and find myself a quiet little lane. Out of luck, and concentrating on avoidance, I didn't get my usual self-induced, contemplative session. That is probably not the only reason, though, that I am still a bit out of sorts. This day, February 5, like September 8 and a few others in June and July for different reasons, always starts with some melancholy. 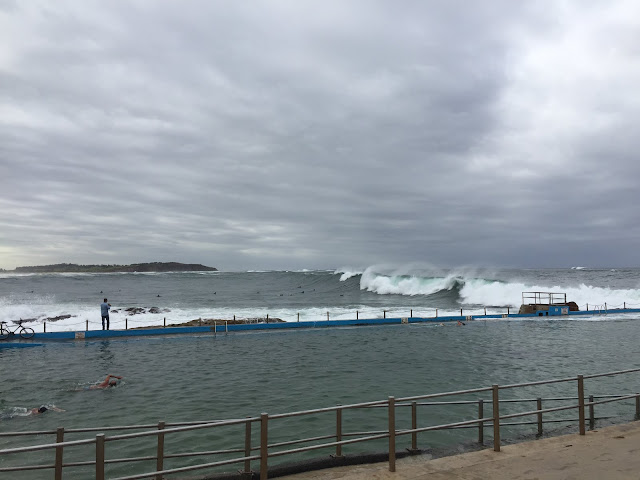 My last year's February 5 post explains why in more detail.

Coincidentally, this beach, where I swim now on a regular basis, was the first that we came to after our return to Australia. We were pale, hot and disoriented and, as it had been on arrival in France years before, I was concentrating so hard on working things out in an unfamiliar environment that my goal was more about getting through each day than relaxation and enjoyment.

The day after this first beach visit, my husband suggested that we head out for dinner in Manly to celebrate my birthday. I was reluctant, probably still jet-lagged, and definitely still emotional from the exercise of packing up and leaving behind our French lives, but agreed all the same. 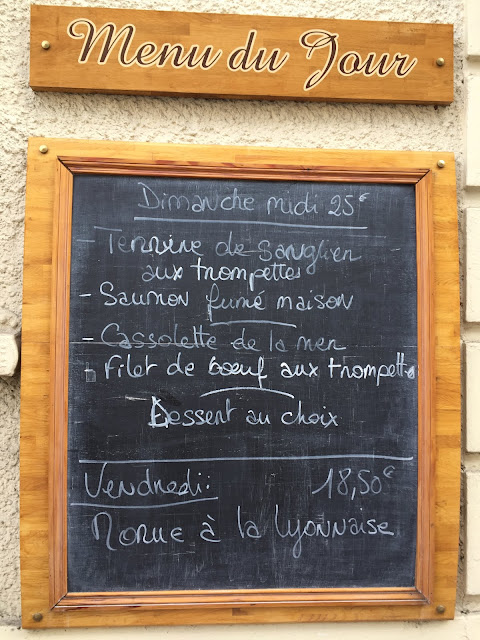 I dressed as I would have to go out in France; nothing too fancy, but when we arrived at the beachside restaurant strip, I felt horribly conspicuous. I wasn't wearing a sundress and thongs or shorts and a t-shirt and when I opened my mouth, the only words that wanted to come out were in French. I don't remember if the food tasted good and was well-presented, nor if the waiters were friendly and attentive. On the other hand, I do remember registering that the food was amazingly expensive compared to our French menus du jour.

Time helps with reconciliation, and I have grown to appreciate, even love, the coastline that we are lucky enough to live next to with the opportunities that it affords us. Sometimes, though, it takes a different perspective to click me out of a self-imposed mindset. One of my moments of externally prompted introspection came recently when in Melbourne. I caught up with a girlfriend who was a big part of my life before we left for France. We talked at speed as we had a lot to catch up on, but it was when she commented 'that the pre-France Catherine would be so pleased if she had known to anticipate the ten-year-down-the-track Catherine' that I teared up. Maybe I could have done more ... done differently, but her words remind me that what I didn't know, has ultimately helped me to grow. 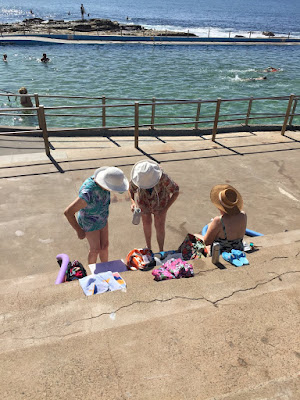 After swimming recently, I took a few extra moments to look around. Amongst the surfers, the walkers, the swimmers, the sky and the waves, I noticed this trio of ladies. They were engrossed in the complexities of politely pouring each other a cup of tea. That's it. Simple things done together. That's what I needed to know.

But you are in France, Madame available here 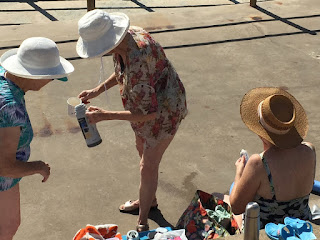