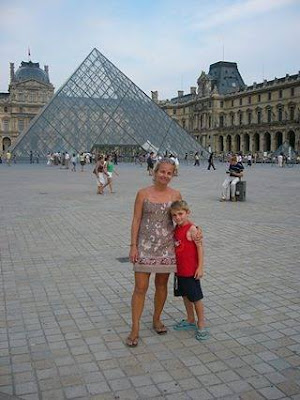 A few days, six months, a year, several years, multiple visits over many years, vicarious visits …  we all do our French affairs differently.

Today, I am chatting with Australian author, Christine Betts, whose first visit to Paris at the age of twenty-two was the bittersweet incarnation of a non-attainable joint project. We connected recently through our writing and our common passion for France. Read on for Christine’s story:

Thanks, Christine, for agreeing to this interview.

Can you tell us a bit about yourself? Hi Catherine. I’m a Gold Coast girl on the outside and a little bit French on the inside.

How and when did your love of France begin? I fell in love with the Madeline picture books as a little girl, fuelling a passion for France, art, and books.

You have travelled many times to France. Do you have a couple of stories from these trips that you could share with us?  Do you have any long-term French plans? Like a lot of people, I would love to spend a year in France sometime in the future. We have spent a month here and there but 12 months, to see the seasons, would be lovely. I was planning
my upcoming 50th birthday celebrations in the countryside outside Paris but that may have to change now.
In 2006 we spent a month wandering across France with our caravan. It was lovely to see our son making friends with children from all over Europe while us mums and dads lazed in camp chairs chatting and sipping cold drinks. We are still in contact with some of the families.
My favourite Only-In-France memory of that trip was seeing the quirky entertainers who ply their trade at campgrounds across France in the summer. A cat and miniature goat circus? Only in France!

Your books are set in France. Is this an obvious choice for you? How do you go about researching your story lines? My first attempts at writing were my journals from my early trips to France. In 2005, I wrote a memoir called From There to Here via Paris. My sister is the only person who has read it and probably the only one who ever will. I think the reason I love Paris is that I went there with a broken heart and just being in that beautiful place showed me that life goes on.
I seem to be perpetually working on a Paris-themed memoir of some description because Paris has been there at every important point in my life.
In 2017 I shifted gear, deciding to write a fictionalised account of a 2012 “girls’ trip” to Paris. I lucked across an historic B&B right near quai de la Tournelle with views of the towers of Notre Dame from the rooftop terrace. My first novel Hotel Déjà vu grew from that kernel of an idea, and the B&B inspired the grand mansion in the story, the home of the de la Roche family, even down to the pool in the basement.
I had great fun using my own memories, photographs, and souvenirs to flesh out the story, but also used Google Maps a little. I know the inner areas of Paris well, but Maps was able to fill in little details.
My second novel is mostly set in the Loire, so I was able to draw on that magical summer with my little boy in 2006. They might be in a crumbling chateau in the Loire, but of course, the characters take off to Paris for the night to stay in my imagined hotel, L'Écrivain – the Writer. 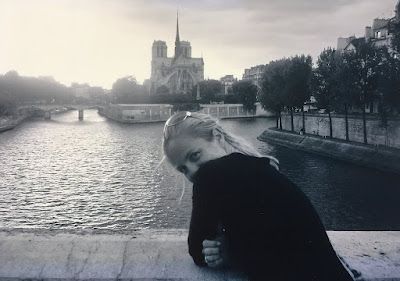 What writing projects do you have on the go at the moment? I am about to launch Alia Henry and the Ghost Writer (releasing tomorrow June 16), but I am now working on a story in the same ‘universe’ as Hotel Déjà vu. A couple go in search of the fabled time-portal to fix the terrible mess they have made of their lives. That’s a fun little side project! My passion project right now is set in modern-day London and Wiltshire, with an interwoven story set in Neolithic Gaul and England. Paris was always my favourite place in France but as I get a little older, I have developed a love for the French and English countryside, and this story includes stone circles and Celtic legends. As is in everything I write, there is a ‘supernatural’ element in this story but I’m not giving any spoilers.

And just for a bit of fun:

If you could choose to be any character from any period in French history, who would it be? And why? Ooh that’s easy! I would have to pick my name-sake Christine de Pizan, a French renaissance novelist who is the first known woman in France to have made her living solely from writing. She was a feminist and a bad ass. She wrote and published protest poems, utopian fiction about a city inhabited only by women, and a celebration of the achievements of Joan of Arc. I love her work because like Christine, my goal is to write female characters who are interesting and intelligent but above all, real.

Thanks so much Christine. I look forward to hearing of the progress of your new release and staying in touch. 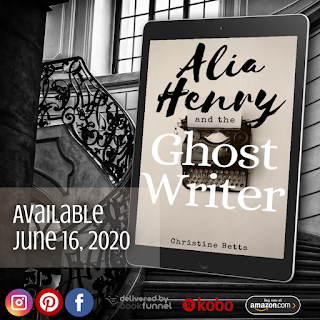