On not being French 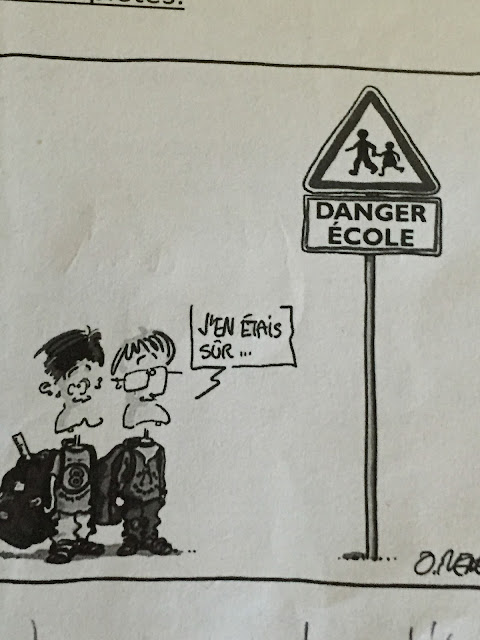 This blog began its process towards its current incarnation many years ago under the title 'Conversations from France'. Admittedly, it was a misleading title as I had no readership, no followers, no conversations. That would have been hard, as I kept my writing to myself. The stories were penned, I now understand, to help with my recovery from illness.

Today, Paulita, left a comment about my blog and book title on a post by French Village Diaries. This is what she wrote:

And here was my answer:

Hi Paulita, Catherine here. The title 'But you are in France, Madame' came from a conversation that I was having with one of my daughter's teachers. It came after a few exchanges, and was said with only the slightest lilt over the word France and a big questioning smile. Unarguable!﻿

I knew that I had first written the words to what became the book title in one of my original 'Conversations', so I fossicked through my files today. This, from 2011, is what I found:

Waiting at the school gate this afternoon with one of the teachers, whose job was to supervise the exit of the students, we started talking education. Hesitantly, I suggested that the curriculum did not seem to have changed much since I was last here teaching some twenty years ago. In a moment of refreshing candour she remarked that it was probably more like two hundred years with no change.

There is a mark accorded out of twenty for most pieces of work that the students complete and parents and children alike constantly compare their moyenne or average overall mark. In some schools, if a student is not doing well, there are soutien or support classes, but in most cases the classroom teacher is not expected to cater for the different ability levels in the classroom. If a child does poorly on a piece of work, comments, such as the one word appraisal ‘catastrophe’ next to the mark, leave nothing to the imagination, nor to the self-esteem. The idea that a child might respond to praise, or to a warm relationship with the teacher is not the norm.

I went to a parent-teacher interview yesterday afternoon to discuss this exact point. I was on time and my daughter showed me up to her teacher’s classroom. He was chatting to another teacher when we appeared and made no real effort to come and greet us, so we waited patiently. When he did come out into the corridor he did not introduce himself, shake hands or engage in conversation. He indicated that the meeting would take place downstairs and headed off with us in tow.

Before sitting down, I introduced myself using my first name and put out my hand to be shaken. He mumbled back his full name as he took my hand, although I suspect he would have been shocked if I had actually dared use it.  There was no animosity or impoliteness from either of us, but he did look surprised at the frankness with which I spoke. He came across as someone sure of himself in his role of teacher but not a self-confident man. It wouldn’t have shocked me to read a poster on the walls listing the rules of the meeting, number one being ‘you are talking to a school teacher and his methods and practices are not to be questioned.’ Of course I did though, question him and, with the assurance of a perfect, unarguable answer, he replied "But you are in France, Madame."

As a justification, this answer seems to be all that is required, not just in a school context but everywhere. I recall a newspaper article that my husband and I were discussing wherein a Frenchman became unruly on a flight after having consumed too much alcohol. He refused to accept that he should abide by the rules for all passengers and be served no more alcohol. His argument to support his position was simply “But I am French.” 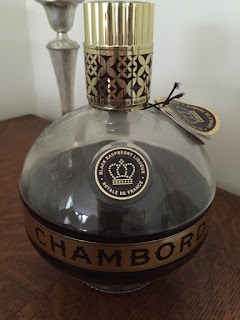 On holidays, we stopped to visit the castle of Chambord. Arriving mid-morning, we thought that it might be nice to have a coffee before going into the castle. There were several restaurants and cafés to choose from and the owner of one was out the front getting ready for his lunchtime service. Some instinct made me ask if it would be possible to order just coffee, before we sat down and made ourselves comfortable. “Of course not, I am far too busy and have got too much to do before midday.” I should have known that coffee time had passed. I had been put in my you-are-in-France-Madame place yet again.

Many a similar story abounds, in the travel folklore, of unhelpful Frenchmen. Why is this so? I live here and have many good friends who are French, but until you can prove yourself as someone of interest, which can be hard if you are an English speaker, you do risk being brushed off with a “But you are not French, this is the way we do it here” incomprehension.

Funnily enough, I was once the target of ‘being French’ discrimination. My sister, speaking English to the sales assistant in Galeries Lafayette, could not have been better served. She was offered gift-wrapping and a smile. I was up next and spoke French. I was offered neither a smile nor coloured paper and ribbon. When I asked if my gift could be wrapped, too, I was told that I would have to go and line up at another counter. At that point, I would have liked to have slapped down on the counter my written assessment and mark out of twenty for her. She wouldn’t have made the moyenne. 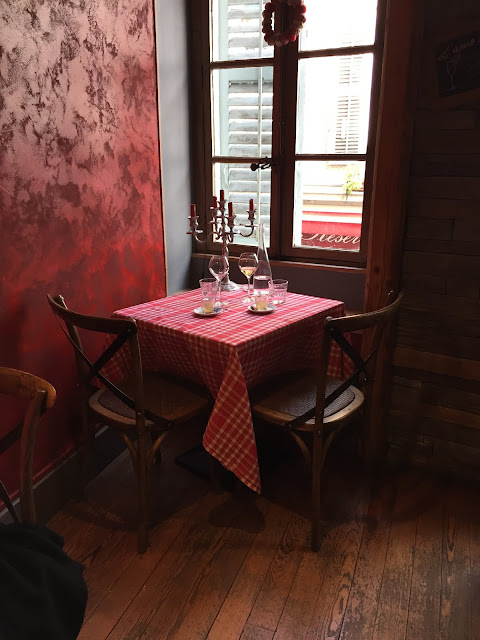 To jump back to the present with many years of French living under our belt, I can better understand a lot of the differences that I was dealing with at that time. There is no point in pretending that we will ever be French, but learning the secrets of 'being in France' makes me a very happy Madame.