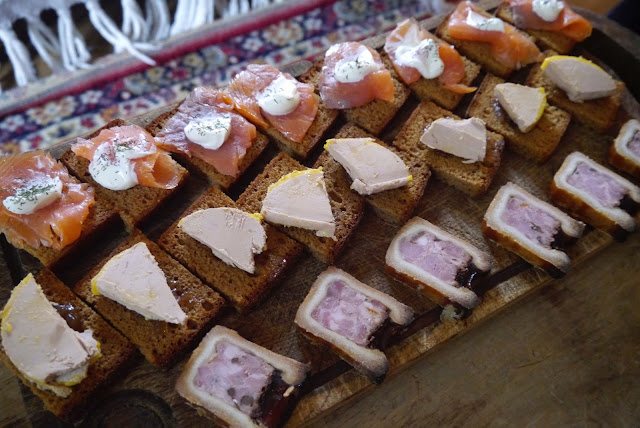 Christmas finally! What a long wait – and, sadly for my son, the wait will start all over again in a few hours. We’ve reached that point in the afternoon when, feeling rather like the stuffed turkey, we’ve all retreated to the various parts of the house to rest our inflated stomachs and have some time-out. My daughters are happily watching the first of the five seasons of ‘Grey’s Anatomy,’ which came tucked in their Santa sacks. Their arrival today explains why the girls, through my husband’s ebay account, were never the lucky final bidders on all the auctions selling the series that they had repeatedly asked him to bid on. My son started building his Ninjago Lego temple and dragon at nine o’clock this morning and, apart from lunch and a short walk, he has not moved from his room all day, so intent is he on his construction. The adults are either sleeping, reading or sleeping while reading.

In fact, we didn’t even make it through lunch. We had to pause after main course leaving the wonderfully aged Vacherin des Bauges cheese course, the Christmas pudding made in Australia and flown over in my parents’ luggage and the beautifully crafted and decorated gingerbread house and papillottes that were to finish the meal. Little wonder given the amount that we had already eaten. 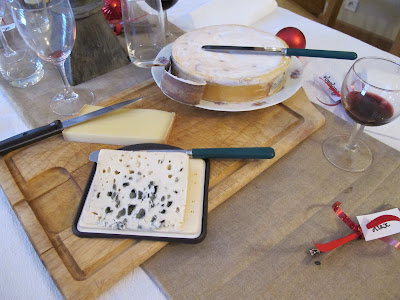 As an aperitif we served a Cremant from Bourgogne, which is what we used to call champagne but cannot officially anymore, as it is not produced in the Champagne region. To the sparkling wine, we added a liqueur with raspberry overtones, bought at the castle in Chambord in the Loire Valley. To be honest, when I bought it I had no idea if it tasted good or not but the bottle was exquisite and the description on the label sounded encouraging. If you did not know any different you could be forgiven for thinking that it was a perfume bottle. It has a beautiful shape and its cap is decorated in fake jewels, no doubt alluding to the castle’s royal past. The style of drink, wine with a fruit-based liqueur added, is called a ‘kir’ in French or a ‘kir royal’ if champagne replaces the wine.

To accompany the drink, my husband had made various delicately presented blinis and, on the recommendation of our French friends, had prepared the foie gras, a Christmas delicacy, on top of a slice of ginger cake, all topped with an onion jam. It was an unusual sweet and sour combination, which masked the taste of the foie gras. I couldn’t help thinking that if you were going to consume all the calories in the foie gras, it would be better to actually be able to taste them. 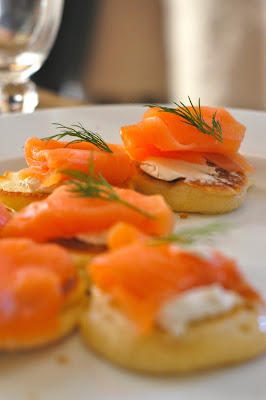 An unnecessary, but now compulsory, part of the meal followed – the snail test. Just before our first Christmas here, at the tiny market in Marceau, we came across a snail breeder selling his snails. They were presented in edible puff pastry cases and, as we were throwing ourselves resolutely into doing as much as possible in the French way, we had decided to include them on our Christmas menu. The green colour was a bit off-putting and the garlic butter that they swam in, powerful, but, encased as they were in pastry, they resembled just another innocuous hors d’oeuvre and slid down reasonably effortlessly.

The second year here, we bought snails in their shells, frozen and ready to heat in the oven. This time, naturally enough, the snail shells were inedible, so the still clearly identifiable, curled snail bodies needed to be hooked out of the shell with a small fork. They came out with a faintly audible sucking noise looking very green and smelling very strong. This presented too much of a challenge for my sister’s children, who were here visiting from Australia. As the hosts, we were obliged to lead by example and so I had to put on a brave face and resist the overwhelming spontaneous gagging reflex. 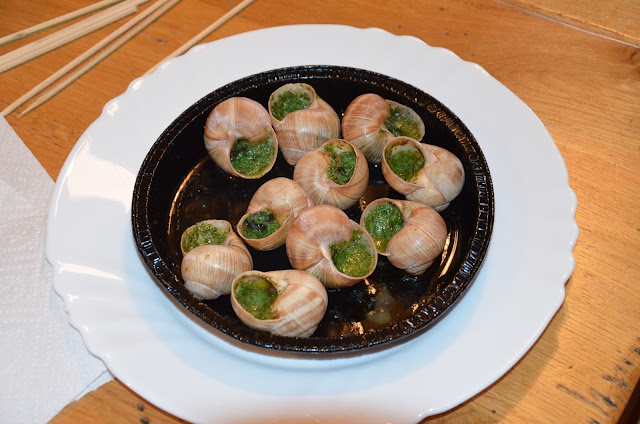 So why, you ask, did we force ourselves to go through that again this year if it was such a challenging experience? For one, they look perfectly edible, presented as they are in their frozen packets at the supermarket. You see only the shells and the top coating of herby looking butter and think that it really cannot be that bad. Secondly, and more importantly, we had guests again and they could not come to France without learning to say ‘merci’ instead of thank-you at the baker’s as they bought their morning croissant, and they could not leave without eating snails. 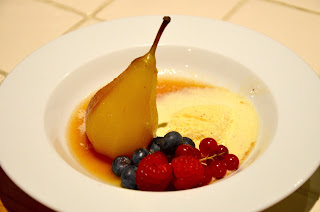 My father’s competitive spirit enabled him to pass his snail test with flying colours, outdoing the miserable failed attempts of his grandchildren the year before. His reward - the rest of the meal, where we had graciously omitted the frogs' legs, boudin and andouillette (more innards masquerading as sausages), in favour of prawns, pork and salmon.

And still they come to visit… 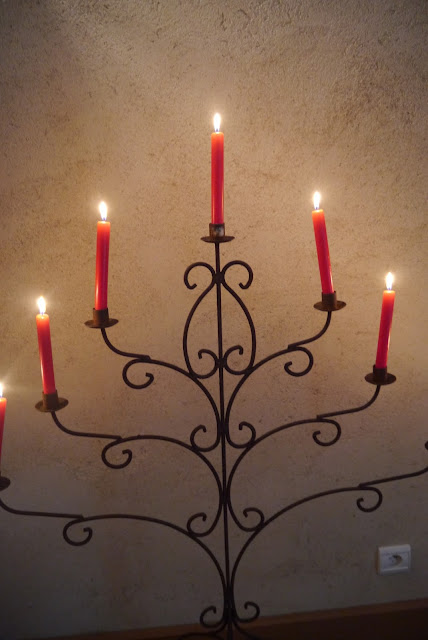