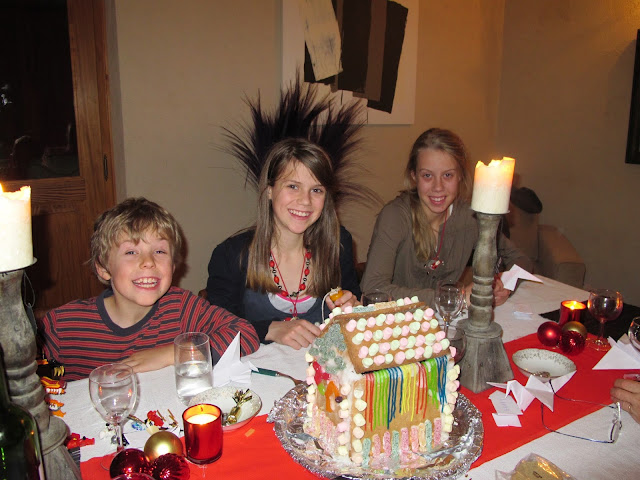 It was the same for my daughters growing up in Australia. They went through a period of questioning the existence of Father Christmas. My son came home a few weeks before Christmas and announced that only he and one other boy in his class believed in Le Père Noël. They had had a conversation about this amongst the students and he had felt strongly enough about his convictions to not be swayed by popular vote and had voiced his belief out loud.

He had found an IPhone application that asked a series of questions of children and on the basis of their answers put them onto Santa’s naughty or nice list. He came out with a B+, which placed him on the nice list, although the final application message was a warning to remain on his guard, as Santa’s elves would continue to check up on him. He was chuffed about this and got his older two sisters to do the same test to see if they would be lucky enough be put on the right list with him.

A week or so later he came home and said that he didn’t believe any more as he had been called a ‘baby’ for still believing. He looked crestfallen and unsure about whether he had made the right choice. After all, he had written a beautiful letter to Santa, had included pictures cut out of magazines, of the toys that he wanted, and had wrapped it all carefully in a special piece of fabric. Independently, he had found an envelope for his offering. The envelope had simply been addressed, on the back, in his childish handwriting to Le Père Noël. It broke my heart to think of him sadly having to turn the page into a logical rational world instead of being allowed to remain in his magical fantasy one. 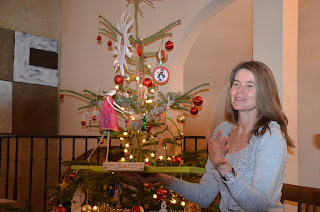 Then again there were no age limits to children being hurtful to each other, unintentionally or deliberately. My middle daughter at high school had participated in an inter-school cross-country event and on this occasion had mixed with students from her school that she had not come across before. One of the girls after having chatted with my daughter for all of a minute said, ‘You look like Polly Pocket. I think I’ll call you Polly.’ This annoyed my daughter more than upsetting her but my older daughter who had been listening to this story being told in the car on the way home, and who was usually so quiet and so polite burst forth with, ‘You should have said to her, you look like a dog. I think I’ll call you dog.’ I laughed all the way home.

Of course, she never would have said such a thing and I would have been most upset if she had, but occasionally it did them good to get rid of some of the inevitable antagonism of the schoolyard by speaking about it. A program on French television called ‘Fais pas ci, fais pas ça,’ centered on the daily lives of a few families. In one episode, a family was attempting to work out a date for a birthday party for the teenage daughter. Unexpectedly, the birthday girl had flounced out of the room and it was left to her older sister to explain to the mother that the date that she had proposed coincided with the party of the most popular girl in the class. No one would choose to come to her sister’s party.

Later in the same show the sisters sat the mother down and went through with her the different categories of students at the school; the popular ones, the semi-popular ones (the dangerous ones) and the bozos (stupid, not popular). Once a bozo always a bozo, they went on to explain to her, and unfortunately that was where the younger daughter had placed herself. She was still to learn that some of the most interesting people fitted comfortably into that last category and usually the most intelligent were those that simply did not care about being there.