"You can't live in that" and straying from the best path 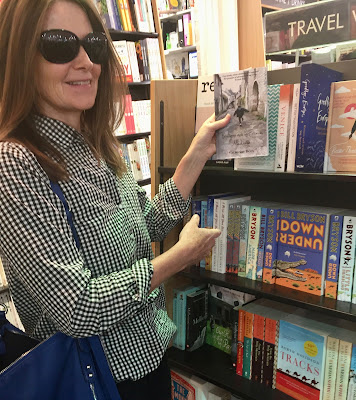 My husband was away so there was no calling out for help. Not that it would have made a scrap of difference if he had been within cooee*. We were stuck in traffic with ten kilometres to go. That doesn't sound like a lot and on any normal day it wouldn't be, but it was no ordinary day. This final year of secondary school for my son Noah has required him to navigate a labyrinth of challenges and yesterday was his penultimate exam in his favourite subject, physics, (no, not French); the one to which he had strategically devoted the maximum amount of study time.

I had already dropped one child at the bus stop and, given that it was pouring with rain, had seen firsthand that the roads were clogged. Ten minutes later, Noah and I were in the car en route to his physics exam with a theoretical good hour up our sleeves. A cheery 'hello' wave to my neighbour and we were off.

We didn't even make it out of our street before there was a build up of traffic. I made a quick decision to vary our usual trajet ... straight into roadworks, onto a mind-numbingly slow 30 kilometre-per-hour school zone, and into three lanes of traffic at a complete standstill.

"Look at the flag on the hill. Shows how strong the wind is," said Noah, oblivious to my rising stress level.

Five minutes crawled along with us a few metres up the road.

I was desperate to not communicate my anxiety, but wringing my hands and rubbing my eyes (to wipe away the unchanging scene?) was no doubt a less-than-ideal way to do that.

The strange thing is I had guessed that something would go wrong on this particularly important day for my son. After all, nothing else has gone right this year for him.

But, let me tell you about another mistake that I made. I laugh now but at the time the only thing I could think to do was to hit the 'leave group' button...quickly.

You see, the best place to advertise one of my dresses for sale was not to the FB group 'Rent your maison long term in France'.

"Ha ha. You can't live in that..." and probably worse, but I didn't wait around to read the rest of the comments. 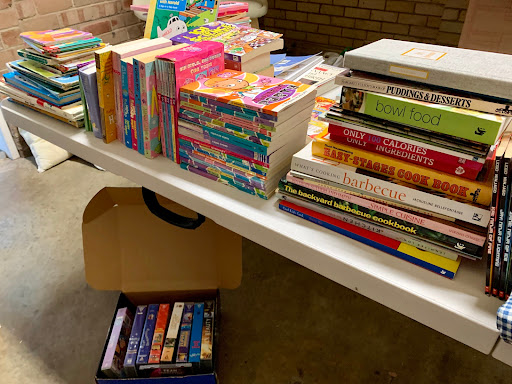 Oh well, today I am sitting in my garage holding a vide-grenier. So far, I've 'sold' one item (for free) to my daughter and it is the curtain of rain that is keeping me company. And, I forgot to post about my Amazon Countdown promotion, yesterday, which would have given readers a chance to purchase 'But you are in France, Madame' for a scant .99c.

At least, I have nowhere to be, I have a soundtrack to my writing and a hot cup of coffee beside me.

It's the small things.

And the big things.

I did get Noah to his exam on time, kissed him 'goodbye,' wished him good luck, saw him walk around the corner and burst into tears. 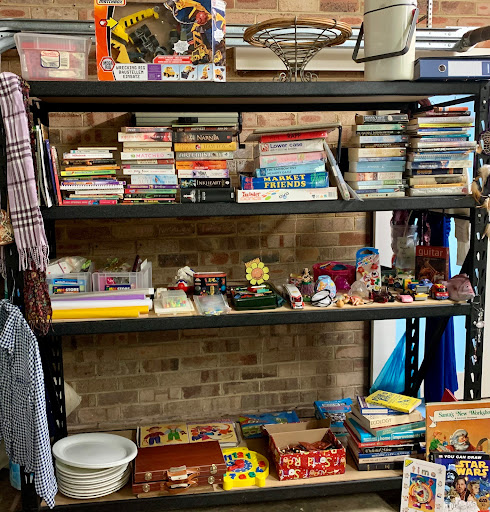