Ten years ago - Not holding back on the emotion 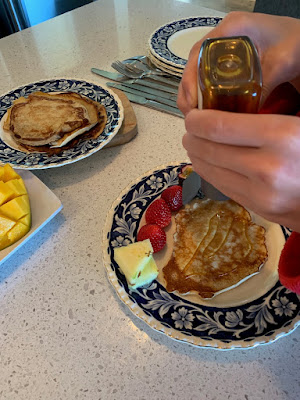 I knelt down in the garden and looked back towards the house. It was empty of all furniture, all personal possessions, almost all traces of our precious family life. We had packed up for a year but instinct told me that we would not be back and that our one-year French adventure would in fact take us further, and for longer, than we had planned.

This morning, I was again out in the garden, a different garden, absentmindedly pulling out weeds and thinking back to that day ten years ago when our departure from Melbourne finally became a reality. As a family, we are pretty hit-and-miss when it comes to marking milestones, but with a bit of luck all of us were able to be together for a few hours over breakfast.

Of course, we did reminisce but the question of where we would be in another ten years was waved away. Back then, a family movie night involved making a selection from the DVDs on the shelves of the video store down the road; my cool new flip-open telephone let me make phone calls and not much else; our cameras were separate, heavy devices to our phones; Facebook was a few years old but Instagram not yet invented; emails were still popular and effective ways of communicating and when it was suggested that I blog about our experience, it didn't even occur to me to take this as a serious suggestion. We had one computer for the whole family which, although technically portable, weighed a lot and had limited storage. How is it possible that that was only ten years ago? I haven't even touched on all the personal changes. No wonder we were a bit reluctant to project forward another ten years. 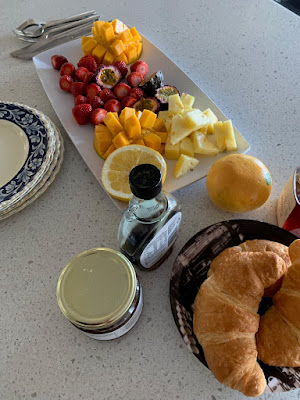 What I can say, though, and here is where my emotion really ramps up, I wish that I could flick a switch and do it all again. If you have read our story 'But you are in France, Madame', you will know that it was not easy. You will know too that our one year did indeed turn into several and that our French life was not at all what we had thought it would be. I don't want to do it again to get it 'right'. Truthfully, I'd love to gather my little ones around me, hold their hands to run to the playground or walk by the Annecy Lake, discover snow and skiing with them for the first time, hear them becoming little French people joking and singing in their new language and watch them learning joyfully about themselves and their world.

It was good to be together this morning.

PS I am once again linking this post with #allaboutfrance and other French-inspired blogs. 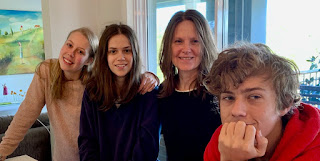