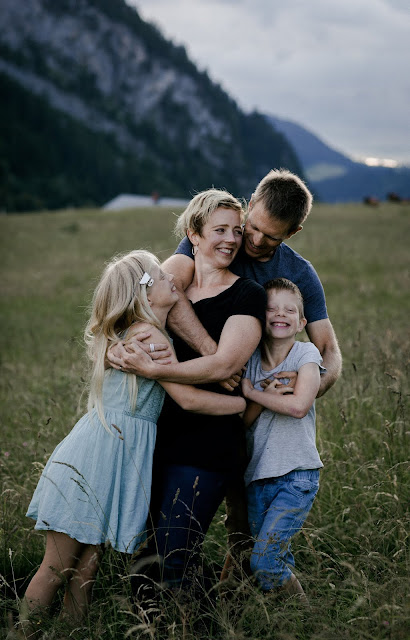 What is it about France that attracts? Why do so many Australians feel such a connection to France, and why do so many push convention aside for a chance to experience first-hand what French living is all about?

In my occasional series on Australians in France, we have already met Jodie, Tahnee and Meredith, all with very different, but cherished, French stories. They go some way to answering these questions.

Today, I'd like you to meet Fiona and her family in the first slice of a two-part interview.

Fiona, thanks so much for agreeing to this interview. You are originally from Melbourne but have been living for several years now in Annecy in the French Alps. Can you tell us a bit about your family and what it was that prompted you all to head to France?

For us, moving to France is a good example of what can happen when you set an intention to do something. My husband, Paul, and I got together when we were quite young and after our university years, a lot of our friends went to live in London or took off on a year backpacking around Europe. By then, we were already immersed in building a business and couldn’t possibly leave for more than a few weeks. But at that time, before we were married or had children, we decided that when we had children of primary school age, we would go and live in either France or Italy for a year.

Having planted that seed of an idea, we kept it in mind and with our youngest child about to start school, we did a 2-week recce trip to Annecy and fell in love with the place. Paul was running a business with his brother but was primarily working online with a team of developers from around the globe, so he knew his work would be portable. On the other hand, I was running a different business (WordOfMouth.com.au) and, along with my co-founder, we were managing an office full of people. At that stage, my partner and I had been working on the business for 9 years and after some deep thinking and conversations, we decided to sell. A few months later, the business was acquired, and we started putting the wheels in motion to move to the other side of the globe. 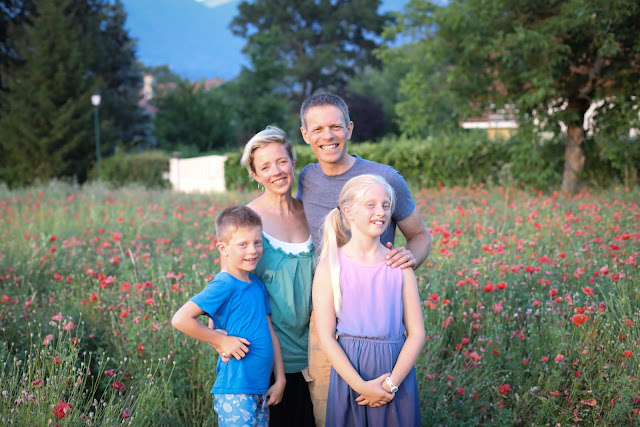 There was a lot of preparation in terms of packing up our house, putting our affairs in order, selling our cars and various other things, and getting our house ready to rent, but for us, the hardest part was getting our visas. Neither of us had European nationality and while we knew we could easily get a one-year visa, we wanted the option to stay for longer. Eventually, after reading through all the options, we decided to apply for the “Competences et Talents” visa, a 3-year, renewable visa. We were unsure as the lawyers we were talking with strongly advised against this, saying that they’d never seen this type approved. But we seemed to tick the criteria, so we decided to apply ourselves. We were very nervous about whether this would be successful so put a lot of effort into our application. Then, Paul had to fly to Sydney to present our case - but fortunately, it worked, and we were granted the visa. It shows that the professional advice you receive is not always to be relied on!

How did you end up choosing Annecy and how long did you set off for? 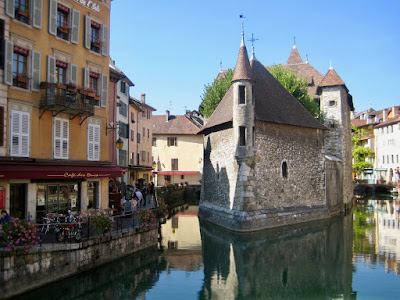 Our very initial thought was to spend one year in France, but as we realised the logistics of packing everything up, we questioned why we should restrict ourselves to just one year. So we left with the intention of spending “a few years” in France. (It’s now been 3 and we’re still loving it here!)

Similarly, we initially thought to find a really small town in rural France. But then, we were driving through a very rural area of Victoria on the way back from a camping trip and we realised that we’d never live in such a tiny town in Australia, so why should we do that in France?

We still didn’t know where to live though so we started asking our friends for advice. We had a few criteria we were hoping to meet… somewhere near ski fields, near a large airport and a town that was not too big, and not too small. We have a lot of friends that are keen cyclists and several of those suggested Annecy. This area meets all those criteria and more! In fact, one of my favourite things is living on the lake. 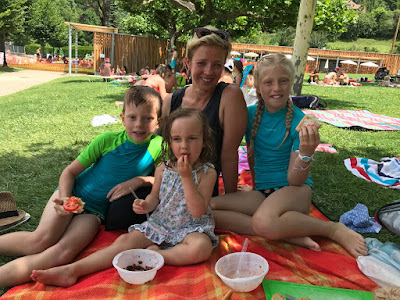 You have two children. How easily have they made the transition into French living? Can you tell us a bit about their experiences of school, making friends, adjusting to new routines, food etc?

We were worried about how our children would go, but like most people seem to say, this turned out to be nothing to worry about at all. Our daughter, Bianca was 7 years old and our son, Benjamin was 5 (almost 6). We’d tried to expose them to a bit of French language, but it was very difficult to do this from Australia and they (understandably) were not particularly interested.

After a few months of school here, they were speaking French comfortably. Even the transition period was not too bad - there were never any tears or protests about going to school as I’d expected. We did notice that they were extremely tired though and it was a good thing there was no school on Wednesdays as after two days, they needed some recovery time.

As I recall, Benjamin had decided that he “wasn’t going to learn French” so after a month or so of school, I asked him how he was going with the French. He replied saying that he still wasn’t learning French, but it was ok because his teacher was now speaking a lot more English. This puzzled us for a moment, but then we realised that his teacher was definitely not speaking English, but he was understanding her speaking French - so in his mind it was English!! 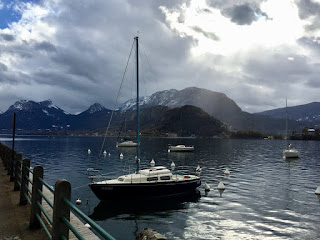 Before leaving, we also wondered whether we would have any friends or whether we’d just have to get used to our own company all the time! However, as it turned out, there are a lot of expats living in this region and very quickly, we were surrounded by great groups of interesting people. Of course, our intention was also to mix with French people, and we’ve now got some great friends through the school, and also through the first Airbnb that we rented.

In Part Two, Fiona shares a personal story. A must-read for those of you who have been thinking, dreaming, talking about your next step.
Until then. Thank-you Fiona.