A Parisian Life - Part One


A few blog posts ago, I re-introduced myself and explained that we are an Australian family who lived for several years in France. Back in Australia, and missing France terribly, I started to write about our France. The occasional blogpost on this forum came next and, after much hesitation, I made my first foray onto Facebook. With the tiniest bit of social-media knowledge, uploading photos to Instagram was then not as daunting and I could even admit to having a bit of fun with it. 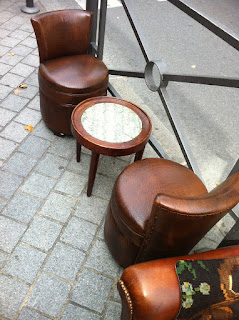 Of course, I was hoping for some positive business flow-on, but what I had not anticipated was that through the tangle of marketing, superficiality and distance, personal connections could be formed. Many Australians, it seemed, were as curious and passionate about France as my family and I and, since our return, I have been involved in the planning of several family French adventures, including Jodie's, which I shared here.

Today, it is with great pleasure that I introduce another Australian family to you (@treasuredjourneys).  So please, take a seat and enjoy Part One of Tahnee's Parisian story, with many practical details for other families who might be considering, or starting to dream about, their own French adventure.


What was it that prompted you to head to France with your family?

The first time I visited France I was 17 years old. Before visiting France, I had always felt a connection to this country (maybe because I was conceived in Paris!). Visiting Paris at 17 years of age really ignited a passion. I fell in love with the city, and it was a place that I would visit many times thereafter.

Before children, my husband and I had made a few trips to Europe and, once we started our family, we continued to travel, taking our children everywhere with us, showing them the world. Before our move to Paris in 2015, our children had visited France a few times, and they, too, felt a real love for France, and in particular Paris.

We have had a few ex-pat friends, who have left the safety of home for the adventures of a new country, and loved the idea of making this happen for ourselves. My husband, though, works for himself, and not being in a large company, we knew that it would be difficult for him to change working locations.

One day in April 2015, on a whim, I asked our children if they would ever like to live in another country. The answer was a very big 'yes'! They then asked where and I suggested France, which made them hugely excited. So, when my husband came home from work, we casually announced to him that we’d all like to move to France. Naturally this came as a surprise and he questioned where this idea had come from. We said to him that we felt like an adventure, we all loved France and thought it was a good idea!

After taking this in, he was quite open to the idea; the plus side for him was that he could do some business there if he chose to. Immediately, we felt a renewed sense of living, a small fire within us all began to burn brighter. We didn’t want to be passengers on this train of life, we really wanted to live life to the fullest and share experiences together; to leave the safety of home and go to the slightly unknown, to meet new people, understand another culture, travel, explore, and have the children in a new school environment.

In May 2015, my husband and I visited France for 10 days, where we arranged to view a few schools and get a feel for where we'd like to relocate. Upon returning to Australia, there was no doubt in our minds that it would be Paris. My spoken French was ok, so the language barrier wasn't very daunting for me. I also have family in Monaco, so we liked that we could see them more and if we needed help for anything, they weren't too far away.

Visas, finding a home to rent, appointing a relocation agent in France, giving notice to the children's schools, making sure all the children’s immunizations were up to date, clearing out our home, selling one car, plus little things like informing our security company of our friend's phone numbers instead of ours, setting up a bank account with HSBC in Australia, but for an account in France...these were just a few things to start with.

In May 2015 we decided to move, and set a departure date in October.  This was a very small time frame to get things done, but with the desire to go we pretty much ran on adrenalin. There was a lot to do. Getting French visas was the biggest hurdle. There was so much paperwork involved. But first, I needed to get an appointment at the French Consulate in Sydney. The online visa application appointments weren’t set very frequently and I would log onto the French Consulate website to find none available. Plus there was no facility to call anyone; it was all done online, which was really frustrating.

On top of the infrequency of appointments, you are not permitted to book them too far in advance of your departure date. I finally got 5 appointments, one for each member of the family. Yes! Done!  Now to book flights to Sydney for the appointments. Done! But within 2 days of making the appointments, they were cancelled, due to staffing issues in the office. This was incredibly frustrating, as we had booked and paid for flights and accommodation and, as non-Sydney residents, we didn’t have the luxury of just getting the next available appointments, hopefully all one after the other. I did email them to explain our situation. Thankfully, I managed to get a response and we were put near the top of the list for the next available appointments.

We were asked for information at our interviews that wasn’t outlined ANYWHERE on the visa declaration forms. So, being more than thorough would be my advice with this part of the process. I remember being asked for immunization records. This wasn’t on the application when we were applying for the visa, so we had to get our GP to send something through, and when we returned home, we had to send copies as well. On one of our bank statements, only my husband's name was listed. They asked how I would manage financially in France. Of course, I would be supported by my husband, which seemed rather obvious to us. But this assumption wasn’t enough for the interviewer, we had to get a statutory declaration signed by my husband and stating that he would support myself and our children for the duration of our stay.

As we had friends moving into our home to look after it for us, I had to empty our entire house, including cupboards, and remove furniture. This was a big job, but I tackled it room by room so it wasn’t too overwhelming, and started the process months before our departure, so it wasn’t left to the last minute. As simple and as obvious as it sounds, being organised was definitely the key.

We also packed some boxes of essentials that we wanted to use in our day-to-day life in France. The day after our departure, my parents sent these off for us. A company came to our home, weighed our boxes, and took them to be airfreighted for us, which was very economical. They usually arrive between 7 -10 days after they are sent, you get an email telling you what commercial jet they are on, their arrival date and time, and where to go and collect them.

We found a fabulous relocation agency that took care of a lot of the paperwork on the French side. The agency personnel also spoke fluent English, which was very helpful. I had found a home online, but they went and viewed it for us, plus a few others to give us some options. I had spoken with the owner of one house and we face timed so that I could look around. When we were doing this, I saw their car in the garage. As it was what we had been looking to buy once we were there, I asked if he would consider selling it to us too. He said 'yes', so we rented their home and bought their car! It was there waiting for us when we arrived, which was really convenient, as we hit the ground running, so to speak. We could go to the supermarket straight away to buy fresh produce plus everything else that we needed to set up our new French life.

Our relocation agent helped us to switch the car to our name at the prefecture but, as just one example of the difficulty of everything administrative, we were told cash was fine, yet once we got there we were told payment needed to be made by cheque. So, our agent used her cheque book, as ours hadn’t arrived yet, and we gave her the cash. She also helped buy mobile phones, set up accounts, organise our gas, electricity and water for the home. Her assistance was invaluable.

Three weeks before our departure date, I flew to Paris for eight days to organize the home that we had rented and to buy all the things that we would need upon arrival (pillows, sheets, duvets, towels, soap, all kitchen things, plates, dish cloths, toilet paper...). I washed everything and put it all in our cupboards, ready for us to use when we arrived. This was really helpful, as we felt a little at home straight away. I even had some non-perishable goods in the pantry in case I needed to make something for us to eat upon arrival.

I ordered school uniforms online, so that they would be delivered after our arrival along with organising many, many other little details.

All the work-related business issues, I left up to my husband to organise, including the paperwork and financial requirements.

Phew! We were nearly ready to take off...

In Part Two, we will hear more about the family's day-to-day life in Paris, including how the children managed the transition.

PS I wrote about our family's French adventure in 'But you are in France, Madame', please contact me on cb222@me.com for a print copy or click on the following link for a Kindle copy. 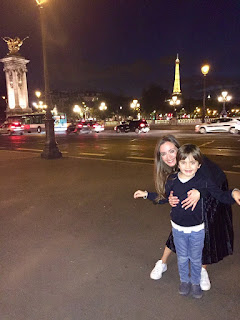 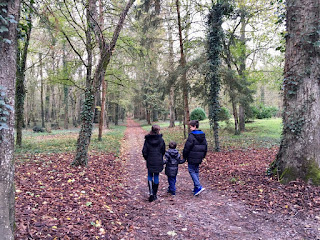