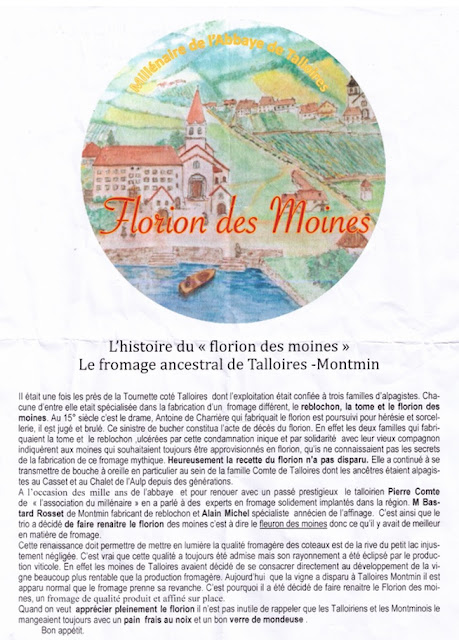 The story of the 'Florion Des Moines'.
The ancestral cheese of Talloires-Montmin

Once upon a time in the fields and meadows of la Tournette above the village of Talloires lived three farming families, each specialising in cheese making - one made the Reblochon, one the Tome and the third, the Florion Des Moines. In the 15th century, tragedy struck Antoine de Charrière, maker of the Florion. Accused of heresy and witchcraft, he was tried and burnt, and with him died the practice of Florion-making. The two other cheese-making families, aghast at this happening, and out of solidarity with their old friend, informed the monks (les moines, who still wished to be provided with their Florion) that they did not know how to make their mythical cheese. Fortunately, the recipe did not disappear altogether as it continued to be passed on through the Comte de Talloires' family, whose ancestors had been working the fields at Casse and at the Chalet de l'Aulp for generations. 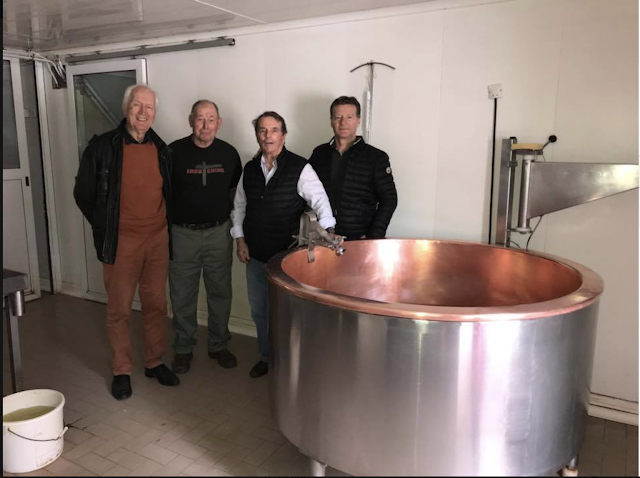 To link back to this prestigious past and in celebration of the 1000-year anniversary of the Talloires Abbey, Pierre Comte spoke with specialist cheesemakers from the region; Monsieur Bastard Rosset from Montmin, maker of the Reblochon and Monsieur Alain Michel from Annecy. As a result of this discussion, the three men decided to bring the tradition of the Florion, this important monks' cheese, back to life. 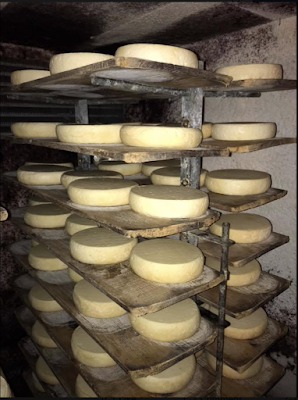 This cheese re-birth will shine a light on the unjustly neglected cheeses of the hillsides on the east bank of the small section of the Annecy Lake. It is true that cheeses from this area are known to have been of quality, but grape growing assumed even greater prominence. The monks, themselves, decided to prioritise grape-growing, being a much more profitable activity than cheesemaking. Given that these days the vines have also disappeared from Talloires Montmin, it is only natural that the cheese should now take its revenge. Thus it was decided that the production of the Florion Des Moines, a cheese of quality from this area should once again take place on site.

If you want to fully appreciate the Florion, be advised that traditionally those from Talloires and Montmin ate it with fresh walnut bread and a good glass of Mondeuse.

Bon appétit!
(photos from Les Fromages d'Alain Michel and translation as recounted above)

As always, copies of 'But you are in France, Madame', which take you with us on our French adventure are easily downloadable at Amazon, here or send me an email on cb222@me.com if you'd prefer a print copy. 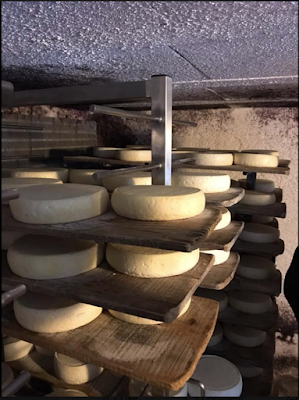 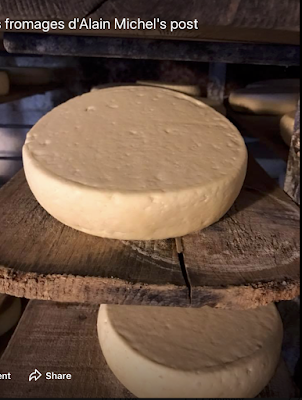 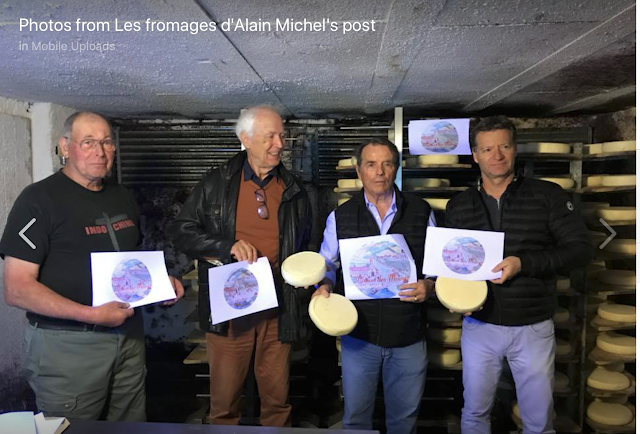