Seven years ago today or Ode to a sister 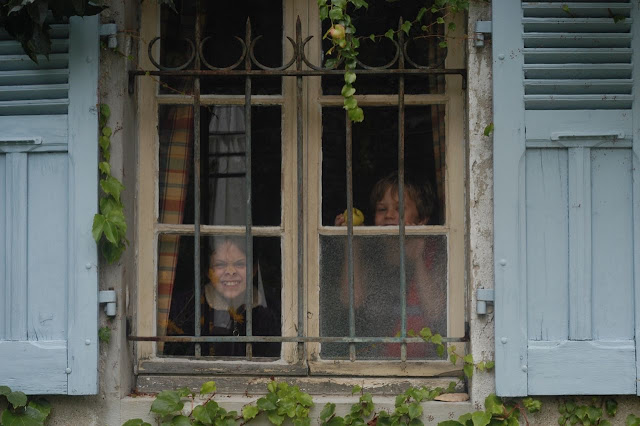 Seven years ago today, we left Australia, headed for France. Nostalgic at the best of times, I have been counting down to this departure for days now. I know exactly what I was doing at this time of the afternoon (it is around 3pm as I'm writing), can see the dark clouds overhead and hear the rather violent rainstorm that rushed us through our good-byes at the girls' school gate, know exactly what jumper and jeans I was wearing, can sense the darkness of our late night departure for the airport, well up at the thought of the tears that we shed once there and feel the weight of the extreme tiredness that overcame me whilst waiting to board our aircraft. But, there is one image that is stronger than all the others.

I have to set the scene. Australians, you see, and Melburnians in particular, play football. Not soccer, football. I'm no expert, but let me paint a little picture for you. This sport, peculiar to Aussies, captivates a large percentage of the population every Saturday through the cooler months, draws large crowds at internationally recognised sporting venues (such as the Melbourne and Sydney Cricket Grounds) and is the stuff of dreams for many a young boy (we've still a long way to go before girls will have the same opportunities). Australian Rules Football is played with a ball more oval than round, any part of the body can touch the ball without penalty, players run with, mark, torpedo, pass and kick said ball, and aim to score by getting the ball through the posts at the end of a very large field holding 18 players per side. Of the four goal posts, two are big and two are little and if you get the ball through the two big in the middle of the four, you score six points, and if you put it through the big and a little, only one point ... but I digress.

Players are heroes and are indulgently revered by fans of the sport. This adoration extends to the release each season of player swap cards, purchased in packs, bought, filed and swapped, as necessary, in order to get a full complement of favourite players or team. Unfortunately for our children, my husband prefers cycling and rock-climbing and me, well, I am a girl and I play tennis and hockey, I swim and run and could not tell you which teams are winning and losing, what the player gossip is or how many games are left in the season at any given time. 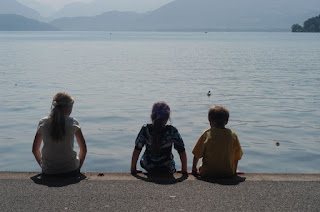 Back then, Aussie Rules didn't feature much in our home conversations ... until my middle daughter, unrelated to any love of football, set herself a personal challenge, to be the one to acquire the most 'footy' cards in her class. I'm still not quite sure how she did this as she got no pocket money and we certainly weren't buying them for her. Her interest sparked my son's. He was a lot less successful, but completely influenceable, so became a keen supporter of his adored older cousin's team. As a result, his on-board bag (and remember, we had only one suitcase per person for our entire year away) contained an Essendon scarf, pencil case and pen that played the club song (of some interest to the airport security guards). It also contained his stash of footy cards, which that very day had been added to.

It is this image, of my just-turned-six son, with his red-and-black supporter scarf draped around his neck and nearly trailing to the ground, wearing his heavy airplane clothes (so that we could fit more in our hold luggage), leaving my sister's side and running up the footpath in front of her home to greet me, that springs to mind. Smiling and agitating his unopened packet of footy cards in my direction, her gift to him, the huge bandage on his head stood out white and bright in the gloomy afternoon light, and I winced as he stumbled and nearly fell. I looked behind him to my sister and through tears managed a barely audible 'thank-you'. 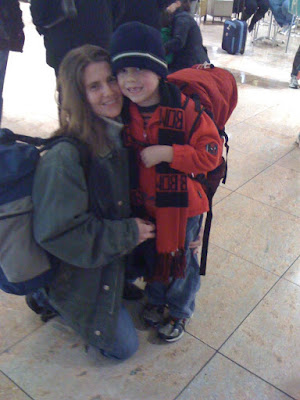 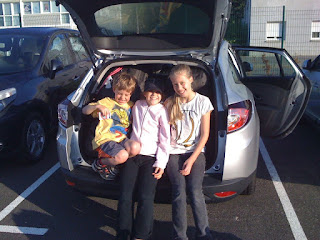 This was the sister who had put up the five of us pre-departure, had seen her house disappear under a pile of all of the things from our house that we did not know what to do with or did not have the time to take to storage, who had shopped for us, cooked for us, looked after our children as the need arose, listened as we went over and over our 'we're off to France' questions, searching for answers, planned our last special dinner together and then stopped us falling apart as this dinner turned into an unplanned dash to emergency after my son's head split open like a dropped watermelon when he collided with the sharp edge of her kitchen's wooden doorframe.

It is all so clear. Time hasn't blurred the memories, lessened the sentiments or made me want to be doing anything other than setting off again into the unknown with my young family by my side. 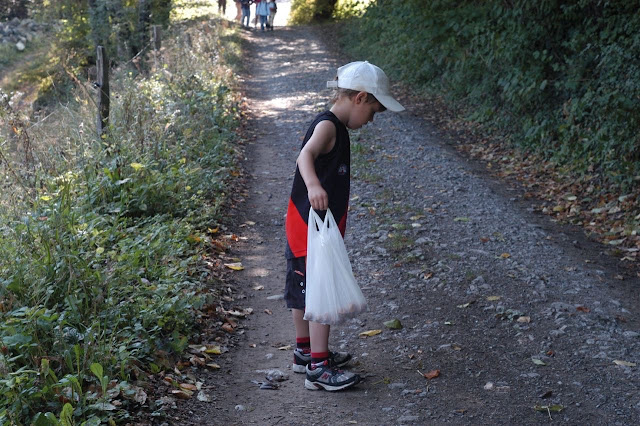