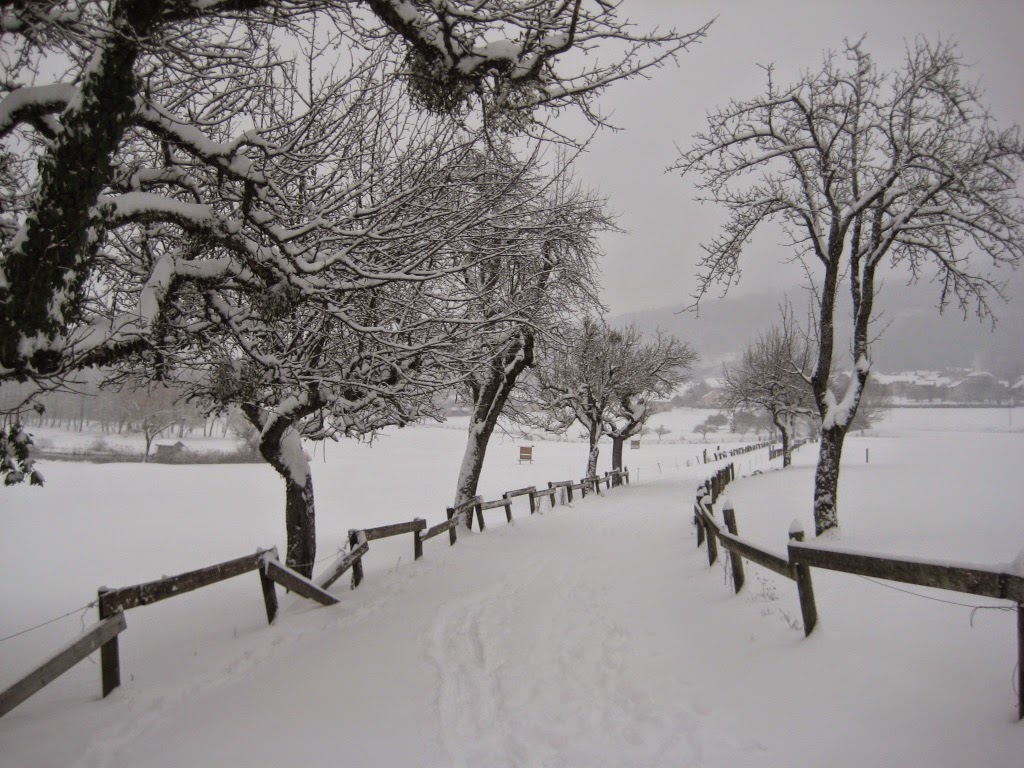 Still no snow and it is the first of December. On this day last year the children were hurtling down the road next to the house on their toboggans in seventy centimetres of soft fresh snow. Then, I watched with video camera in my hand and heart in my mouth as amidst shouts of joy they veered away from the bridge at the bottom of the hill at the very last minute avoiding toppling into the icy river. In fact there was so much snow that once again it was causing havoc at airports around Europe. My husband, on his way back to France from Australia, was stuck in Abu Dhabi awaiting news of whether his flight to Geneva would be allowed to take-off. At our end, the children and I were monitoring the Geneva airport site constantly trying to get the latest news on whether or not his plane would be allowed to land.

It turned out that his plane was re-routed to Milan where, upon arrival, the passengers had a choice of waiting until flights were able to land in Geneva, trying their luck with another plane to another airport or taking a bus to Geneva. My husband chose the third option and then spent ten uncomfortably cold hours in the bus as it wound its way around Switzerland through hand-size flakes of falling snow.  He was hungry, too, and could only dream longingly of the Tim-Tam biscuits, which he was bringing back to our children as an Australian treat, but which were tantalisingly just out of his reach in his luggage in the hold. On the bus with him was a young Australian couple who were doing their best to keep their baby and toddler calm. There was also a young man in his early twenties who asked to be dropped off at the side of the road on the outskirts of Lausanne. He disappeared into the pitch-blackness of the eery homogeneity of the night wading through waist-high snowdrifts and weighed down by his back-pack. We hope he made it to where he was trying to go.

Dropped of at Geneva airport at 2 am, my husband then tried to work a little and sleep a little just to pass the time before attempting to get on the 6 am bus down to Annecy. The security guards in the otherwise empty airport smiled encouragingly at him as they passed doing their rounds but were unable to relieve the discomfort and tiredness of two consecutive days travelling without a break. More bad luck when he went to get his bus ticket from the bus station at just before 6 am to find that the first bus out had been cancelled, as the autoroutes were considered too dangerous to navigate. 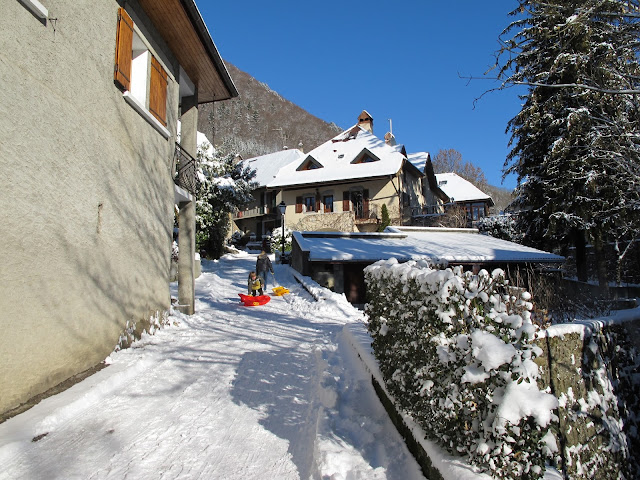 I got a call from him around 8.45 am just after I had walked the youngest two up the snow-covered road to the primary school.  A snowplough had cleared a 2 metre wide path from the front gate of the school to the classroom entrances. The rest of the playground was a labyrinth of ice sculptures and igloos made by the children the previous day. Most were in ski pants and jackets as they had been told that they would not be allowed to play in the snow if they weren’t wearing ski gear. In Australia I fought hard to bring in a ‘No hat, No play’ policy for the summer months in the school that I was working at back in the early 1990s. What a contrast! But what a joy to have eager, affirmative responses to set school uniform guidelines.

I tried calling the bus office in Annecy on my husband’s behalf, as he still only had a smattering of French and they assured me that there would be a bus from Geneva mid-morning.  Thankfully, this turned out to be true and after another couple of hours in the bus he was back in Annecy. Our own car was completely snowed under, so a taxi ride from the bus station to home completed his long exhausting journey. 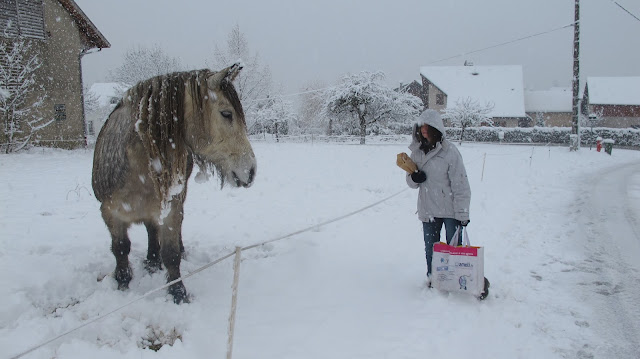 There is a French proverb which sums up these two days: ‘Le malheur des uns fait le bonheur des autres’ or in English ‘One person’s unhappiness is another person’s happiness.’ At the same time as the snow was making life miserable for many, including my husband, my children were in seventh heaven rolling around in it at home. But it was my oldest daughter who was the happiest. Her bus into school was cancelled and there were no expectations that she find an alternative way of getting there. I think her translation of the proverb would be ‘Lots of snow, no school-everyone happy!’

As for snow this year, we wait in eager anticipation. It might be tomorrow.  The snowplough did drive up our street as we were eating lunch, which is a sure sign that the men at the town hall have been given the word that snow is on its way. Plus, one of the Mums from school told me yesterday that it was definitely going to snow, as she had smelt it when she opened her windows in the morning. She might be right. 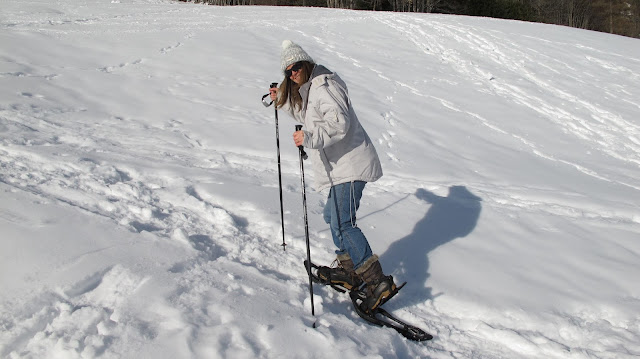